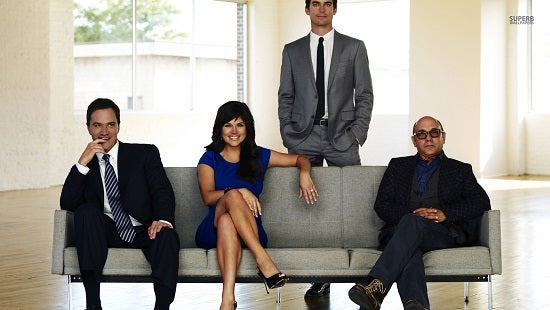 Matt Bomer may have taken on international terrorists in Chuck and defeated Brainiac in Superman Unbound, but one thing he can't control at the moment is the uncertain future of White Collar, the USA Network series on which he's starred for the last five years. Deadline is reporting that there has been "no meaningful dialogue" between USA and Fox Television Studios, who make the show, since the conclusion of White Collar's fifth season two weeks ago, which wrapped on a cliffhanger centering on Bomer's character being kidnapped. Bigger than the plight of any one show, character or actor, though, is what stalled renewal talks for White Collar mean to USA, who have cancelled Burn Notice and Psych in the last year and who today passed on Horizon and Divide & Conquer, a pair of pilots with significant upside had the network been able to figure out how to properly market them.

Increasingly, the fact that Fox TV Studios owns the property but USA is responsible for production costs is reportedly a bone of contention for the network, who would rather own their own material. Parent company NBC Universal, though, continues to work with Fox TV Studios, including on two new USA series--Sirens and Complications--at least one of which they hope will survive to fill original-programming holes left by the departure of Psych and Burn Notice. If neither of them takes off, though, the question becomes what USA's original-programming slate looks like next season and beyond. Long-running series like Psych and White Collar are expensive but have a built-in audience--even after moving it to the fall and putting it up against non-cable competition, White Collar averaged around 2.8 million viewers in the second half of its fifth season--slightly less than new episodes of Arrow. The unplanned loss of such an asset coming on the heels of two similar losses--and the abandonment almost completely of the fanboy/Comic-Con demographic who had embraced Burn Notice, Psych and White Collar--could change the face of USA in a big way.