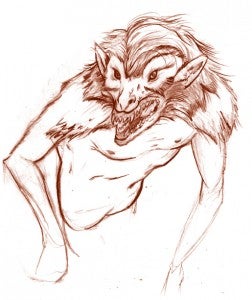 When I was seven years old, I vividly remember thumbing through J.M. Barrie’s Peter Pan in my wood-paneled bedroom in Miami. I had checked the book out for one simple reason: I had to decipher how books were turned into movies. I always hoped I could be the one to churn out the source material. As a writer whose been scribbling for years, the idea that my first comic FEEDING GROUND may hit the silver screen completely blows my mind. How did this happen? Bottom line, I got lucky.

I was lucky when I had a conversation with my friend Thomas Peyton and he told me stories of experiences he had of life on the border while shooting his documentary. A fellow horror fan, he was quick to recognize the necessity encrusted in the concept of what would become FEEDING GROUND.

I was fortunate that I struck up a friendship with Chris Mangun, a patron at The Archive (the DVD/Café in Bushwick I used to own). He’d peek into the back office, and give me a smile while I clacked away on my novel that is now heaped in my pile of almost-happeneds in my bottom desk drawer. He was quick to embolden me with a simple sentiment, “Jon, that’s a really good idea.”

And so the planning went. Another screenplay, that would be the best way to convey the story. The medium must serve the story. Like many writers in the first blush of an idea, delusions of grandeur swept in. This baby needed the Cinemascope treatment.

I am also lucky that I was friends with Michael Lapinski. Having met in a basketball league of all places, we struck up a friendship, exchanging books every birthday. He gave me The Walking Dead. I happened to give him a book of Mexican Folk Art. These influences would be the aesthetic seeds for FEEDING GROUND.

In a conversation with Mike and Chris over a Bocci Ball game, I told the story, emphasizing the plight of the family who would become the Busquedas, I recognized the limitations of film. It clicked for me; this story had to be told using the inspirations Michael and I shared. Only comics could convey that effectively. Even if I was exploring a new medium, I was lucky the economy was terrible, or Mike wouldn’t have b 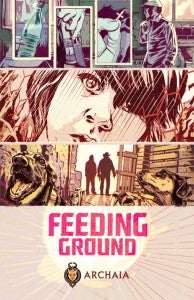 een able to try something the scope of which he hadn’t previously attempted; none of us had.

After a retreat to the Catskills, we discussed a mélange of shared influences that became shorthand: Luis Alberto Urrea’s The Devil’s Highway, Raiders of the Lost Ark, and Carpenter’s The Thing. We hammered out the story. Michael worked on sketches. Our pitch book took shape. This was not luck. Chris worked in pharmaceutical advertising and the gorgeous printing of our pitch packet became possible without Kinko’s.

Michael attended his first Comic Con, NYCC 2009, armed with our pitch packet and made the rounds. He happened to stop by the Archaia booth, a company unfamiliar to him. Archaia was willing to look at the work of an unknown. He handed our packet to someone he thought was a volunteer. He happened to hand the book to Archaia Editor-in-Chief, Stephen Christy, who passed it right up the chain to CEO, P.J. Bickett, and Founder and CCO, Mark Smylie. Their excitement for the project was instantaneous. P.J. wanted to print the book in both English and Spanish. The project couldn’t have been any luckier than finding a home at Archaia. 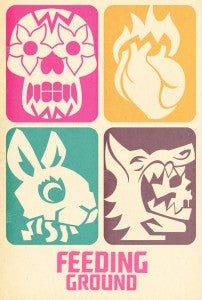 We were fortunate we lived in Brooklyn, and had made friends with Tom and Amy Adams (owners of Bergen Street Comics). They encouraged us early on, allowed us to launch issue 1 at one of their early book parties. We were still new to the community, but received support from the get go from such incredible talents as Juan Doe, Dean Haspiel, Mike Dawson, Mike Cavallero, GB Tran, Michel Fiffe, Fred Chao, Benjamin Marra, Tim Hamilton, Tom Forget, Jef UK…too many to name. A photographer from the New York Times happened to snap a photo of Tucker Stone selling the issue to a friend. I have no idea how that happened. It just did. There was hoodoo pushing the book along throughout the process.

We did what every comic artist must do; we worked our asses off. We reached out to bloggers and podcasters and anyone who would listen to us. Pete LePage had us on Comic Book Club twice. He happens to live in Thomas’ building. A student of Professor Urrea’s happened to be in the audience one night, encouraged us to reach out. The indefinable synchronicity is tangible.

Jason Carpenter, then at Pressman, happened to find out about FEEDING GROUND through Michael Lapinski’s blog. Maybe he’d read an article about the border recently. Jason had a relationship with Archaia. After contacting Michael, we brought the news to Stephen’s attention. We began to talk to Stephen. Stephen met with Ed Pressman. High-gloss paper began to transform into celluloid.

There were email exchanges with lawyers and months of tension dreaming that this could happen. There was the reality of rent while all three of us were looking for a paying gig. 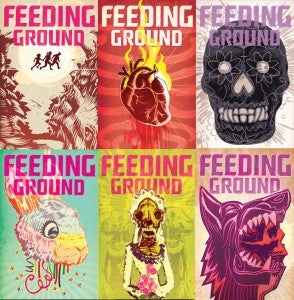 Like Peter Pan and the Lost Boys, Mike, Chris, and I scuttled through the unknown landscape of the comics industry, bolstered by little more than our willingness to take risks, our admiration for each other’s talents, and most importantly a true desire to engage comic pros and fans. We tried to treat everyone we encountered with the respect we would hope to receive. Why else would anyone help you?

If I would dare try to surmise the identity of the silent hand that steered the rudder, I can only say there might be a formula for luck. It’s We had no idea where this thing would go. How could we? It had already far exceeded my expectations once Luis wrote the forward. Did we deserve this? Nobody deserves anything, either good or bad. I have stories of MRSA, legal trouble, and marriage, interwoven in the very stitching of the hardcover edition, both English and Spanish. I am still trying to figure out why my childhood dream has manifested. I guess sometimes, these things happen.usually defined as hard work colliding with opportunity. I would add another ingredient to that: don’t be a jerk. This notion is often forgotten in this age of message board malevolence.

Swifty Lang is the Writer/Co-Creator of FEEDING GROUND. His comic writing can also be seen in The Gathering and the forthcoming Occupy Comics Anthology.

Wolfing Out: FEEDING GROUND Transforms into a Film