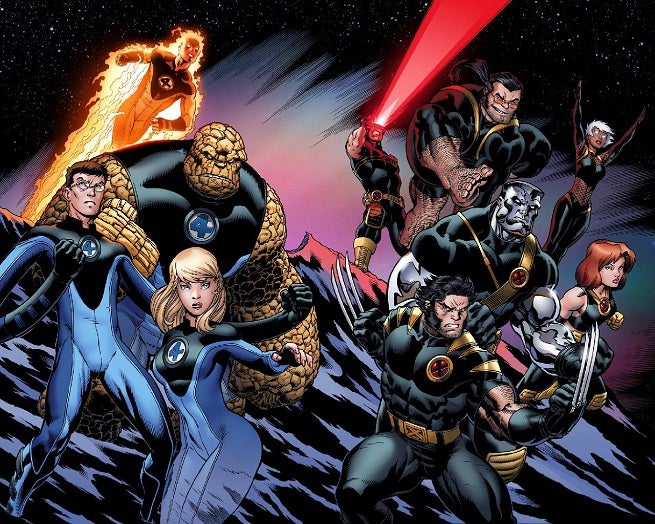 Fox will apparently pursue a Fantastic Four/X-Men team-up movie, according to The Daily Beast.

It comes -- as has basically every seemingly-big story this week -- from e-mails leaked from top Sony executives who, while they aren't directly connected to many of the films being reported on, are in discussions with filmmakers and executives who share privileged information about them.

In an October e-mail from Michael De Luca, co-president of production for Columbia Pictures, to Amy Pascal, co-chairman of Sony Pictures Entertainment, it certainly seems as though the plan was to bail on Andrew Garfield in favor of a relationship with Marvel Studios...and that Fox is working on an X-Men/Fantastic Four mash-up.

“[Simon] Kinberg told me Fox is steering X-Men and Fantastic Four into an eventual team up film,” wrote De Luca. “Seems to me maybe, since the Spider-man universe itself is deep, you guys should look at Sinister Six, new Spidey, female movie and Venom as linked pieces leading to eventual mega movie ala Feige and Fox and not stand alone single films. It's early in all these and you can still map out a blueprint for connective tissue.”

Kinberg, who outraged many fans online last year by saying that the established worlds of X-Men and the Fantastic Four were likely too different to be easily merged in a team-up movie, backpedaled on that somewhat in an interview with ComicBook.com.