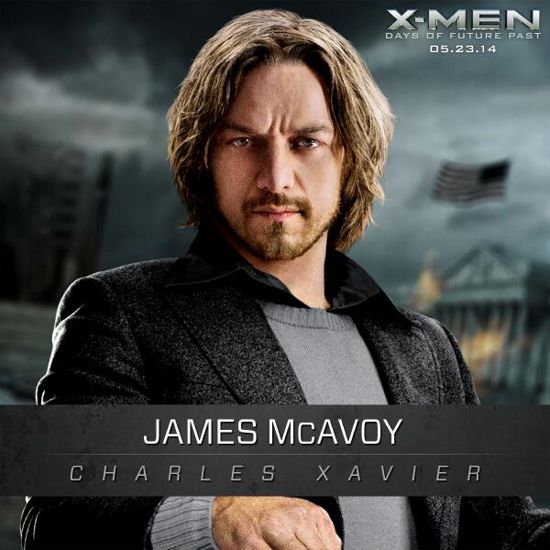 As the release date for X-Men: Days of Future Past grows closer, Twentieth Century Fox is gearing up promotional efforts for the film. Continuing a trend that began a couple of days ago, Fox has released another new image for the film via the official X-Men Movies Twitter account. Along with the image above, X-Men Movies wrote, "#JamesMcAvoy returns as #CharlesXavier, the man he was before becoming #ProfessorX. #XMen." James McAvoy first played Charles Xavier in X-Men: First Class, which was a prequel to the original X-Men films. In the original X-Men films, Professor X was played by Patrick Stewart. The ultimate X-Men ensemble fights a war for the survival of the species across two time periods in X-Men: Days of Future Past. The characters from the original X-Men film trilogy join forces with their younger selves from X-Men: First Class in an epic battle that must change the past – to save our future. X-Men: Days of Future Past is scheduled to be released in movie theaters on May 23, 2014.

X-Men Days Of Future Past: New Image Of James McAvoy As Professor X