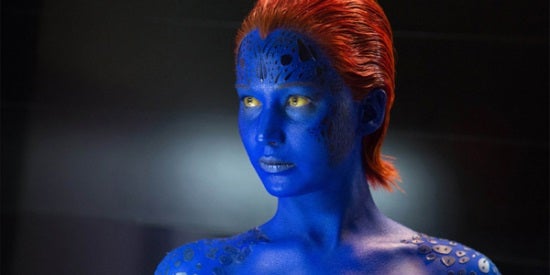 We’ve heard a few times now that Twentieth Century Fox is looking at X-Men: Days of Future Past to be the film that turns their X-Men film series into an Avengers like franchise. Producers have now told Entertainment Weekly that solo Mystique, Gambit, and Deadpool films are all on the table when that franchise takes off.

“There was a regime [at the studio] that didn’t see the worth in [spin-offs], and the current people who run Fox understand, embrace it, and we’re going to do right by it,” says producer Lauren Shuler Donner, who’s produced all of the X-Men films. “I’d like to do Gambit. I’d like to do Deadpool. We’ll see. There’s a lot of really great characters.”

Donner also mentioned Mystique, to which X-Men: Days of Future Past writer, Simon Kinberg, added, “I love what Jen Lawrence has done with her, and I feel like because she is in such a crowded ensemble, there’s so much more opportunity if you were to follow her solo.”

Fans have been clamoring for a Deadpool film for years, and Gambit is a perennial favorite for X-Men fans. Mystique has had her own solo comic book series in the past, so the idea of her holding a narrative on her own isn’t that far-fetched.

As for the immediate future, following X-Men: Days of Future Past, X-Men: Apocalypse is set for May 27, 2016 and a new Wolverine movie is scheduled for March 3, 2017. There have also been a lot of rumors that a movie based on X-Force is already in the works.

X-Men: Days of Future Past will hit theaters May 23.

X-Men: Days Of Future Past Producers Would Like To Do Mystique, Gambit, & Deadpool Spin-Off Movies