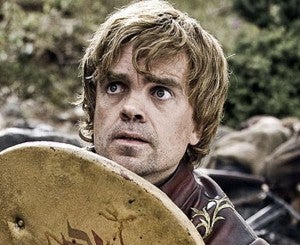 Trask, who first appeared in the comics in 1965, previously appeared onscreen in Brett Ratner's X-Men: The Last Stand. In that film, he was portrayed by Predator's Bill Duke. That film is technically canon within the context of X-Men: Days of Future Past, but the plot of the film seems to be drawing primarily from X-Men, X2: X-Men United and X-Men: First Class.

Trask is an inventor and anthropologist who, threatened by the prevalence of mutants and their increasingly dangerous and unpredictable power levels, designs an army of robots for the government that are designed to detect, hunt, apprehend and kill homo superior.

X-Men: Days of Future Past director Bryan Singer tweeted confirmation that Dinklage was in the film earlier this week, but has not confirmed the actor's role. Yesterday, word leaked that Dinklage would be playing the film's "central antagonist."

Army of the Dead: Zack Snyder Is "Absolutely" Interested in Making a Sequel