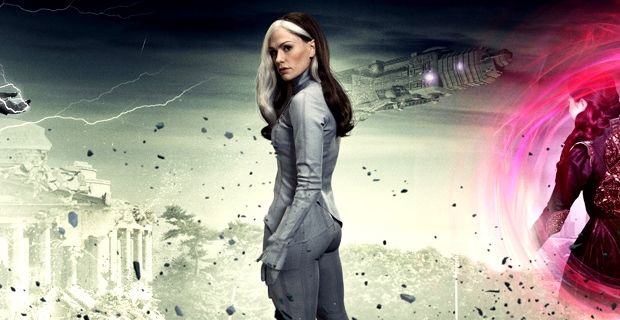 A subplot revolving around Anna Paquin’s Rogue will be restored in an extended cut of X-Men: Days of Future Past which will be made available on home entertainment platforms next summer, according to Producer Simon Kinberg.

The cut will reportedly be called the "Rogue Cut," according to Variety.

More than 10 minutes of extra footage will be added to the extended cut of the film, including a storyline seen briefly in the film's trailer in which Paquin's character took part in an action scene in the film's bleak future. The Rogue Cut will also include other sequences involving other characters.

The theatrical version of the film is available now on digital streaming services and is coming to Blu-ray and DVD on October 14.

“It’s a big chunk, a substantial part of the movie,” Kinberg said of Paquin’s story, which was removed to trim the film's runtime since it wasn't actually essential to the central plot.. “We want to give (fans) the fullest picture of the film — behind the camera, and in front of it.”

Paquin, who appeared previously in X-Men, X2: X-Men United and X-Men: The Last Stand, appears briefly in the theatrical cut of the film -- but only in a brief cameo. The initial reports were that Paquin had been cut from the film altogether, but when the movie went back for reshoots, Singer managed to get the True Blood star on camera again.