As much as hardcore fans may hate to admit it, Game of Thrones is nearly at an end. There are only two seasons of HBO's hit fantasy drama left, or 15 episodes in total before the epic conflict is resolved.

But that may not be HBO's last trip to Westeros. Last week, the HBO's president of programming made it known that the premium cable network was in talks to develop a prequel spinoff of the epic fantasy drama.

However, the HBO president of programming stopped short of saying that HBO had a firm idea of what they were. That's and understandable problem. After all, George R.R. Martin created an entire world with long history when he began his A Song of Ice and Fire series of novels, and Game of Thrones has only touched on a small portion of it. So where should HBO begin?

ComicBook.com has a few ideas. Here are five great pieces of Game of Thrones lore and history that HBO could turn into a new fantasy television series.

The Dawn Age, The Age of Heroes and the Long Night

Game of Thrones Season 6 touched on the ancient history of Westeros when it revealed the origin of the Night King.

The Children of the Forest transformed one of the First Men, an invading group of humans and the first humans to set foot on Westeros, into the Night King as a weapon to be used against his former people. The Night King came to lead, and likely create, the White Walkers. This new enemy is likely what forced the Children and the First Men to come together and eventually sign the Pact, a peace treaty between the two factions

A series set this far back in the history of Westeros, referred to as the Dawn Age, could detail the war between the First Men and the Children that led to the creation of the Night King. However, without an established human society, such a series may not keep the interest of Game of Thrones fans for too long.

However, the signing of the Pact could better serve as jumping off point for a series that took place in the following era, the Age of Heroes. This was the age in which many Westerosi legends and legendary figures, such as Bran the Builder, were born.

This is also the era of the Long Night, when darkness fell over the entire planet and the Night King returned with his White Walker army to invade. It was during this era that the Night's Watch was first formed and the legend of Azor Ahai took shape.

Considering how important the White Walker, the Night King, the Night's Watch, and Azor Ahai are to Game of Thrones, a series set during the era of their creation would be a sure draw for Game of Thrones fans.

The Doom of Valyria and Aegon's Conquest

Following the Long Night, the beginnings of modern society on Westeros took form, but modern Westerosi history begins with the Aegon's Conquest. Literally. The history of Westeros dates back to the coronation of Aegon by the High Septon, marking that as year one.

House Targaryen was once one of the ruling families of Valyria, occupying Dragonstone, the nation's westernmost outpost. Then the Doom came, and cataclysmic eruption leveled the entire kingdom. This moment could be the perfect beginning to a series that chronicles Aegon's Conquest, the campaign he waged that saw him bring six of the seven kingdoms of Westeros under his rule.

Aegon was supported by his two sister-wives, and all three were dragon-riders. This could make a truly spectacular if expensive series to watch visually. On top of that, there are several often referenced moments of history that take place during the conquest, including the Dornish kingdom fending off the invasion and the King in the North becoming the King Who Knelt when he submitted to Targaryen rule without conflict.

In a very real way, this is where the seeds of every human conflict in Game of Thrones were planted. It would be exciting to see that in action.

The Tales Of Dunk And Egg

The Tales of Dunk and Egg are a series of prequel novellas written by George R.R. Martin. The series follows Ser Duncan the Tall and his squire Egg, who is secretly the Targaryen prince Aemon, the future King Aemon V Targaryen, brother to Maester Aemon in Game of Thrones.

The stories follow Ser Duncan and Egg as they travel the Seven Kingdoms living the lifestyle of a Hedge Knight, selling Dunk's sword and shield to various lords throughout the land but never settling down as the sworn sword of any one house.

While, on one hand, Dunk and Egg seems like the easiest choice for a prequel series, since there's direct source material written by Martin to crib from, it would be quite different in tone in style from Game of Thrones. As a traveling knight, Dunk and Egg become less involved in large scale intrigue and their exploits are much more episodic in nature, with Duncan feeling like a much more tradition hero than most of the flawed, conflicted protagonists of Game of Thrones.

That change may be a tough sell for established Game of Thrones fans, but its could also be an exciting change of pace that offers a new point of view to look at the world of Game of Thrones.

While the Targaryen reign went unbroken until Robert's Rebellion, it did not go unchallenged. Aegon IV Targaryen legitimized all of his bastard sons and presented one, Daemon, with the Targaryen ancestral sword Blackfyre, the same sword used by Aegon the Conqueror. Deamon named his cadet branch of House Targaryen House Blackfyre in its honor.

When Aegon IV died, his trueborn son, Daeron II, took the throne. Daeron finally brought Dorne under Targaryen rule, uniting all seven kingdoms for the first time, but many other lords weren't in favor of unification. This and questions about Daeron's true lineage provided justification for the Blackfyre's to revolt.

In fact, they revolted on five separate occasions, until the last male of the Blackfyre line was finally killed. The man who killed that last Blackfyre was Ser Barristan Selmy, who remained a member of the Kingsguard when Game of Thrones opened.

Brynden "Bloodraven" Rivers was also a major player during the era of the Blackfyre Rebellions, and he paid for his involvement by being exiled to the Wall, where he eventually became Lord Commander of the Night's Watch. A popular theory is that Rivers later became the Three-Eyed Raven who called out to Bran Stark and taught the boy to use his special powers. The opportunity to explore this theory, and Barristan Selmy's younger days, could make for an exciting series full of Game of Thrones intrigue.

For maximum relevance to the events and character of Game of Thrones, HBO would want to create a series based on Robert's Rebellion and the era that preceded it, including the reign of the Mad King Aerys.

This era would be rich with moment and conflicts that serve to motivate many of the primary players of Game of Thrones. Depending on how far back the story began, fans could see young Robert Baratheon and Eddard Stark being raised by Jon Arryn in the Vale. They could see Jaime Lannister as a boy and how joined the Kingsguard only to become a Kingslayer later.

All of that personal drama combined with epic conflicts that forced all seven houses to choose. Robert's Rebellion seems like truly rich era to explore. 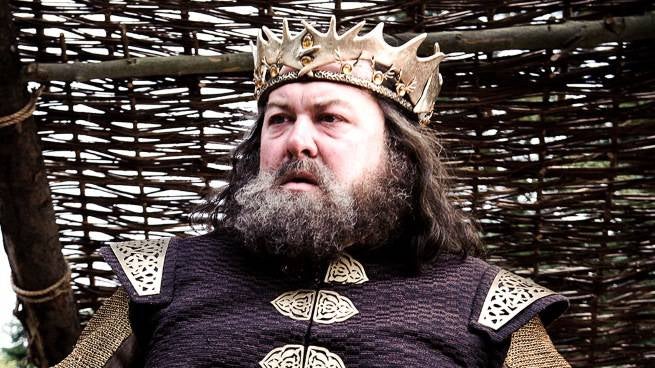