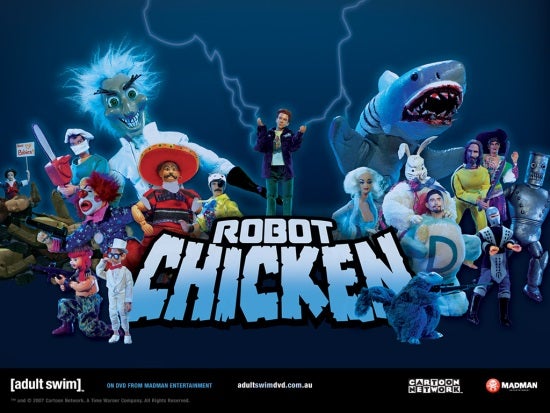 George R.R. Martin will voice himself in a "Game of Thrones" parody during season 7 of "Robot Chicken." While at a press event for "Robot Chicken DC Comics Special II: Villains in Paradise," executive producer Eric Towner told the news to Zap2it. "We've got George R.R. Martin playing himself," Towner said. "He came to the studio and recorded himself, so there's some 'Game of Thrones' stuff. That's pretty exciting." No mention of which episode of the season will have Martin in it. Season 7 of "Robot Chicken" begins with the "Robot Chicken DC Comics Special II: Villains in Paradise," airing on April 6, which is the same night that "Game of Thrones" begins its fourth season on HBO.

George R.R. Martin To Voice Himself In Robot Chicken Parody Of Game Of Thrones