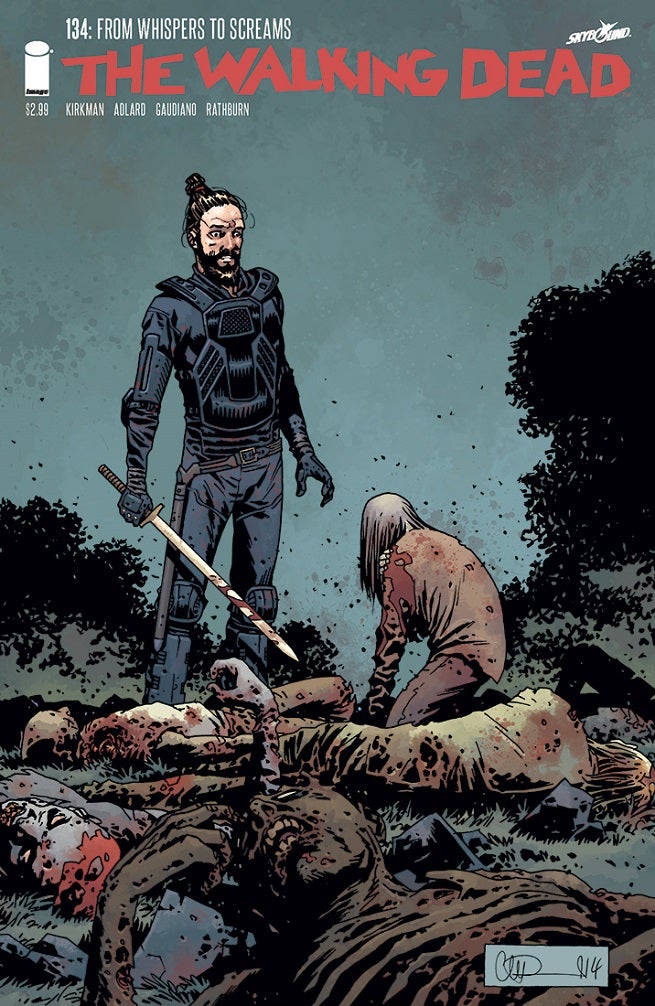 Image Comics and Skybound Entertainment have released a look at next week's The Walking Dead #134 from writer Robert Kirkman and artist Charlie Adlard, via the official website for the series.

While most comics give out around five pages of previews, during the highly-secretive "All-Out War" storyline, The Walking Dead started teasing only a few panels, chosen for their teaser value rather than the traditional route of just choosing the opening pages.

It certainly doesn't seem to have hurt much, with last month's issue being the top-selling single issue in the comics market (with, admittedly, a little help from Loot Crate).

You can check out the preview panels and solicitation text (equally inscrutable, that) below...! 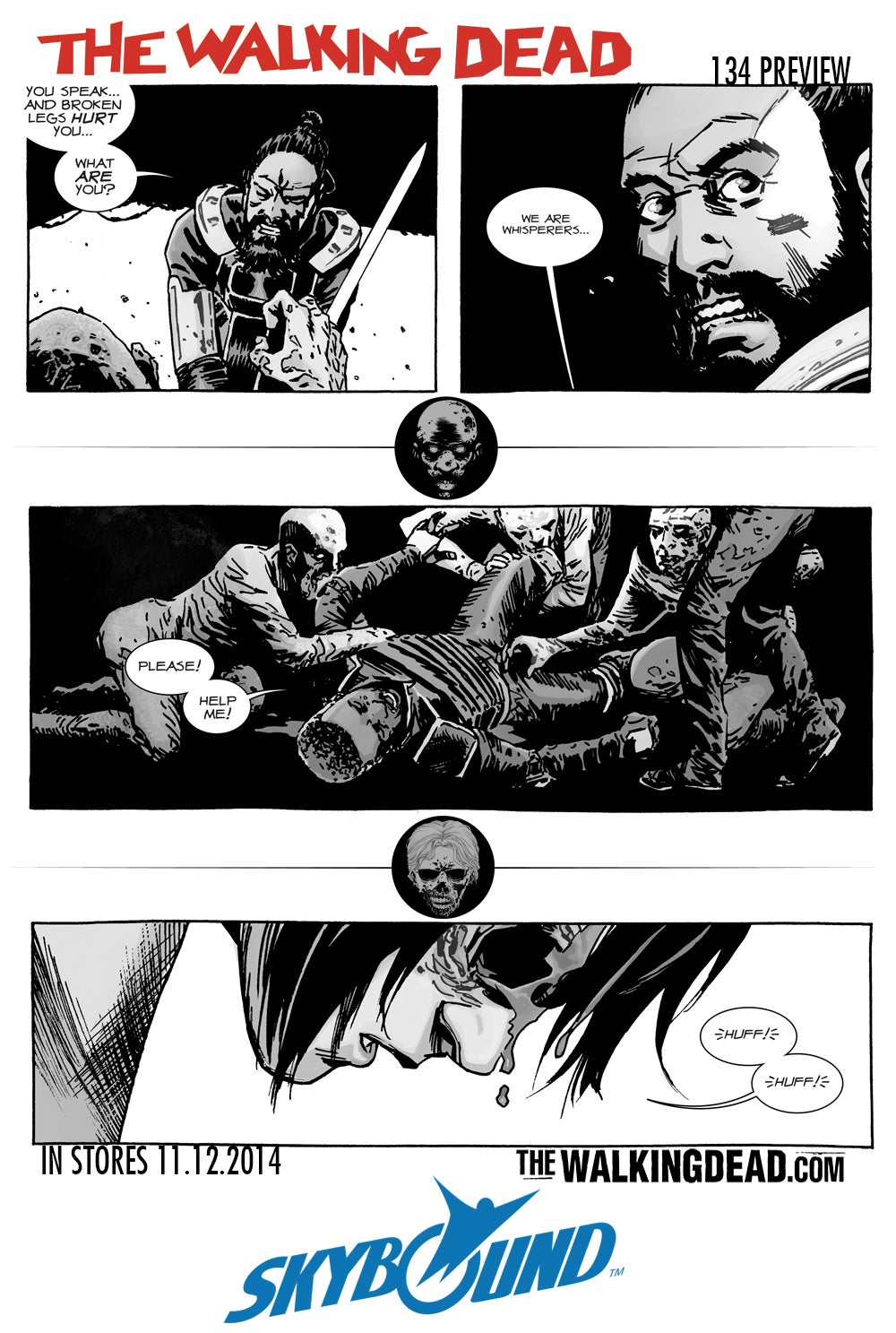 "From whispers to screams."

The Walking Dead #134 Preview From Image Comics and Skybound