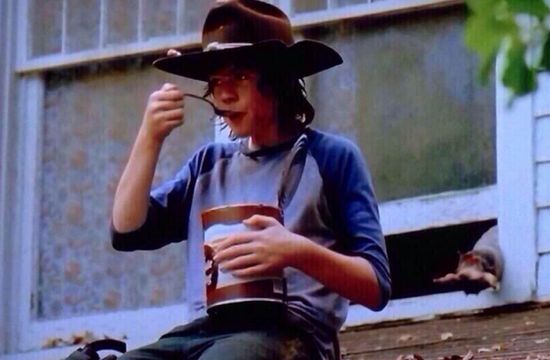 After the Mid-Season Premiere of The Walking Dead, #pudding started trending on Twitter. During the episode, Carl Grimes downed a huge 112 ounce can of chocolate pudding. However, it was Chris Hardwick on the Talking Dead, who suggested that fans start tweeting #pudding. During the Talking Dead, Executive Producer Greg Nicotero brought Hershel's animatronic zombie head, which Michonne came across in the "After" episode. Hardwick fed pudding to Hershel's zombie head, saying "It's never too late for pudding." Nicotero also revealed an extra line that almost made it into the episode.  "There's something funny I can say," said Nicotero. "In the script, when Carl finds the jar of pudding…in the script, there was a line that said, 'Pudding is awesome,' that Kirman had written just as part of the description." Nicotero added, "And when we shot the scene, and Chandler climbs up onto the countertop, I actually shot a take where he said, 'Pudding is awesome,' when he grabbed it. It just felt kind of natural. It was really, really funny. And [Showrunner Scott] Gimple was like, 'You know, he's not really supposed to say it.' I said, 'I know, but it was funny. We shot it, and we put it in the cut.' And then they were like, 'No.'" 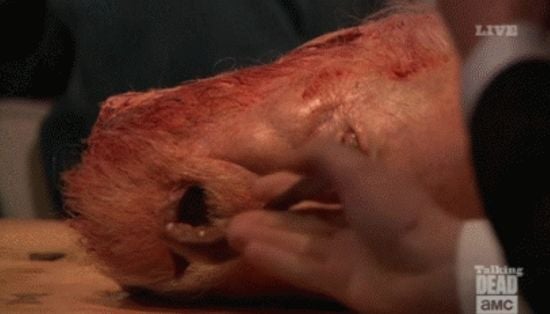 The Walking Dead: Pudding Is Awesome