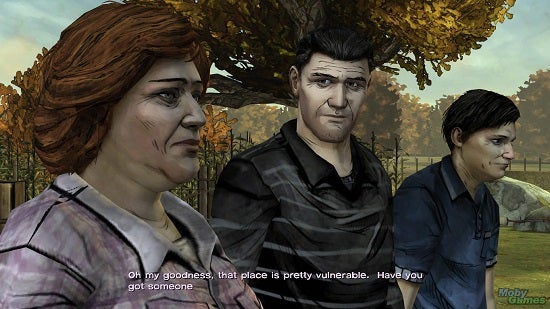 Of all the predictions about this weekend's season finale for AMC's The Walking Dead, easily the most frequently-recurring one is that cannibalism will be involved. It kind of makes sense; around this time in the comics, Rick Grimes and his merry band of survivors were heading into the "Beware the Hunters" storyline, in which a cunning group of cannibals secretly tracked and stalked a number of our characters. They attacked Glenn and ultimately managed to kidnap and partially eat Dale (he lasted longer in the comics, for you TV viewers). The Hunters were the first major enemies to come after The Governor, and their appearance tied together a lot of things that were going on at the time; a vicious turn Rick took when a group of highway bandits tried to assault Carl tied together with the merciless way the survivors dispatched The Hunters to show a more proactive and violent side to our heroes...something that was playing off of the then-fresh death of Lori and Judith Grimes (among others) during The Governor's siege on the prison. 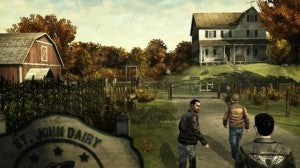 After Rick's attack on the Marauders, the battle between the Survivors and the Hunters put nearly everyone on edge for a while, wondering whether their response was justified and whether they were any better than the walkers, or any of the other survivors they'd killed along the way. It was a question that would hang over the group for a while, and really only be (completely) resolved a few years later when Negan came around and was self-evidently worse than any of our characters could ever hope to be (although it's not like there was a lot of navel-gazing and debate about it that whole time). We've talked a lot about The Hunters all season long, anticipating their arrival and speculating as to whether each new group of seemingly-menacing survivors might turn out to be cannibals as a result. Now, with the finale on the horizon, it's worth noting that last week's first glimpse of Terminus was actually less reminiscent of the Hunters from the comics and another group of cannibals from the Telltale Games series. A number of fans in our comment threads and on message boards around the Internet have noted that Mary from Terminus bears a passing resemblance to Brenda St. John, the matriarch of a family of cannibals operating out of the St. John Dairy Farm. She and her family are characters original to the games, who appeared in Telltale Games' The Walking Dead: Season One episode "Starved For Help," and seem much likelier candidates to be the denizens of Terminus than do The Hunters. Aside from the fact that, like Mary, she's a slightly-older-than-middle-aged woman who's kind and welcoming to strangers, there's the fact that the St. John Dairy Farm cannibals operate out of (wait for it) the St. John's Dairy Farm. It's a single, central location for their operations and rather than hunting people and then taking victims back home as the Hunters did, they allow people to come to them. While Terminus is a destination, the St. John Dairy is a bit more centrally located on the road and can take advantage of injured travelers who, upon arrival, can be easily separated from their group under the guise of providing medical care. In the video game, that's Mark; in the TV series, the most likely candidate seems to be Tara if that particular plot beat were to be replicated. In any event, it seems likely that if the inhabitants of Terminus are cannibals, they're probably a combination of the two groups, rather than a direct adaptation of either. This could explain why neither Mary nor Gareth (who apparently is also a member of the Terminus gang) have direct corollaries in other media, be it comics, video games of Robert Kirkman and Jay Bonansinga's series of novels about The Governor. But since The Hunters -- having been a big part of the comic book source material and having contributed directly to one of the most memorable deaths in the comics -- had been getting most of the attention and coverage, it seemed worth taking a look at the St. John Dairy Farm cannibals to give context for what will likely be some key differences between the comics and the show. One last point: In the comics, The Hunters are careful not to kill those they're eating, so as to avoid "tainted meat" if the body turns. They will do strategic amputations followed by medical care to keep the victim alive. It's actually a topic of some conversation since Dale has a well-hidden bite from a walker when they start to eat him, and reveals to them that they've all been "poisoned" by eating part of his leg. In the video game series, however, Brenda meets her death when she has allowed Mark to die and he grabs and bites her, proving once and for all that you are what you eat.

The Walking Dead: Who are the Cannibals?