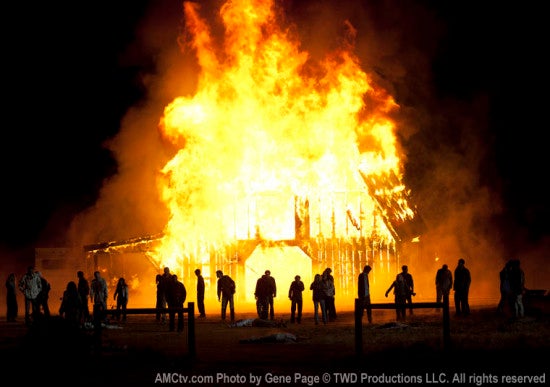 In the latest in AMC's series of prepared interviews with cast and crew members of The Walking Dead, Scott Wilson spoke about the fan reaction to his character, to the midseason finale in which Hershel played a key role and more. Along the way, though, he talked a bit about the losses that the characters face on this show, the way Hershel dealt with his--and admitted that he'd have liked to return to the farm one last time. "It's been a fun journey," Wilson said. "From the beginning on the farm, he was much more of a tight character. Everyone in the show has lost enormously; they've lost family members and daughters and sisters and loved ones. But because of being on the farm, his losses were as physical as anyone else's. That was his farm, where he lived and raised his family. So you saw him lose something that had been in the family for a long time." 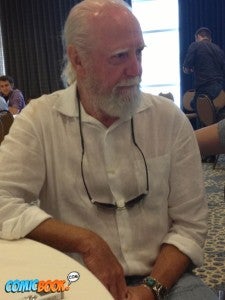 He added, "I had always thought that I would like to have that return. It would be a good journey to have him going back to the farm to see what was left of it." Of course, the answer would likely have been "not much," but depending on whether the fire had spread or not, a trip back home could at least have netted Hershel some family photos and other mementos that he'd managed to hold onto when the zombie apocalypse began. Having [SPOILERS] lost Hershel in the midseason finale, though, who's to say that his daughters couldn't do that? After all, it's not as though any one place is particularly more or less safe than any other right now with the prison walls torn down and swarms of walkers blazing through the countryside seemingly at random.