The first season finale of Star Trek: Discovery was full of twists and surprises and, along the way, it seems to have confirmed one long-standing fan theory about Klingon anatomy.

As far back as Star Trek: The Next Generation, it has been said that Klingon anatomy includes a redundant system of organs, including an eight-chamber heart and two livers. These extra organs contribute to how formidable Klingons are in combat.

For years, Star Trek speculated about what this could mean for Klingon sex organs. After all, if they have an extra of all of their other organs, why not their genitalia? In other words, Star Trek fans have long wondered if male Klingons have two penises.

Star Trek: Discovery’s season finale seems to have confirmed that to be the case. In the episode “Will You Take My Hand?” an away team led by Terran Emperor Phillipa Georgiou that includes Michael Burnham, Ash Tyler, and Sylvia Tilly beams down to the Klingon home planet of Qo’noS, specifically to an outpost controlled by Orions.

The Orions maintain the outpost to trade, but there are also seedy dens that essentially amount to stripper clubs. These spots serve alcohol and at one point the Discovery crew passes by a Klingon relieving himself on an outside wall. 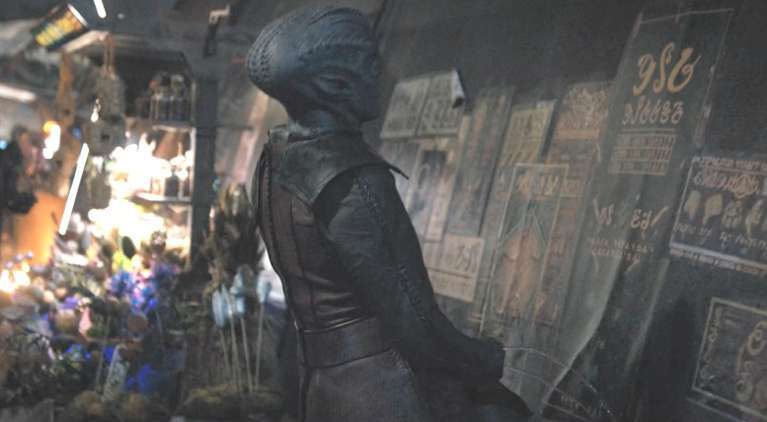 This moment is notable since it clearly shows two streams of urine, indicating that the Klingon has two penises.

And so this very specific Star Trek fan theory now seems to have become canon.