The promotional campaign for Solo: A Star Wars Story continues as new Italian posters for the film were spotted online.

The new posters have a similar appearance to the original posters that had strong resemblances to the covers of a series of jazz and funk compilations from Sony. These ones don't have the same text overlay as the albums, differentiating them a bit more than before. 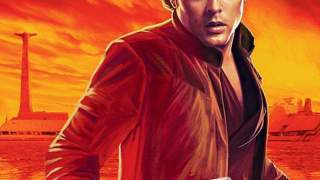 Take a look at the posters in the gallery.

The release of the new posters comes quick after BLT Communications, who designed the original graphics, were accused of ripping off artist Hachim Bahous. Bahous created similar artwork for the covers of "The Legacy of Funk," "The Legacy of Jazz," "The Legacy of Soul," and other album compilations for Sony Music France.

BLT Communications did not respond to our requests for comment, but a rep from Disney said they were aware and were looking into the problem.

The new posters appear to have the same core artwork, but have removed the overlaying text design from the previous ones. It's unclear if these were always in the works or if this is the response to the plagiarism accusations.

In any case, the strange saga of Solo: A Star Wars Story continues to be fascinating for many reasons. It is the only movie from Lucasfilm since the Disney purchase that has not been delayed despite having some major hiccups over the course of production.

After original directors Phil Lord and Christopher Miller were fired halfway through the filming schedule, Ron Howard came aboard to finish the movie and put it out on time for its May release.

There were many rumors flying around about the reasons for the change in directors, and extensive reshoots even necessitated original star Michael K. Williams to be cut from the film entirely, replaced by Paul Bettany in Howard's new photography.

The film also had a short window of time relative to Star Wars movies, which have come out every December since 2015's The Force Awakens. But with The Last Jedi being released in theaters only months ago, the promotional window pushed back the release of the first trailer for Solo until the Super Bowl in February.

Solo: A Star Wars Story will premiere in theaters on May 25th.

Star Wars Grogu Tamagotchi Is Up for Pre-Order