Tonight is the night when Robbie Amell and Victor Garber will finally become a more recognizable version of the DC Comics character Firestorm on The Flash.

Up until now, we've mostly seen a character totally out of control, with flame thrown everywhere around him. In his most recent appearance at the end of the midseason finale, we saw a more heroic -- but still a bit belligerent -- Firestorm...but tonight he gets on the road to being a hero.

Amell joined us to talk about his journey into the fury of Firestorm. 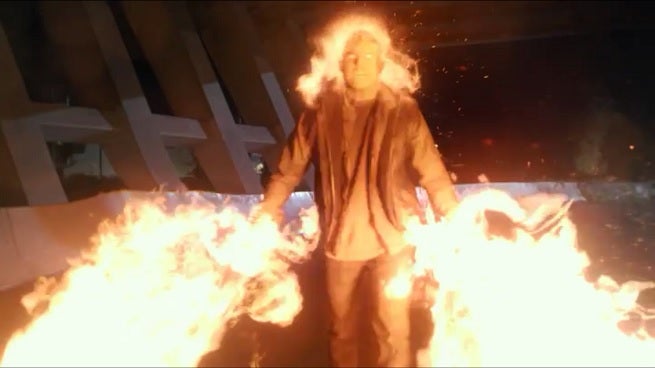 Is this the first time people have referred to you by your character name out in the world? Everybody I told about this interview said, "Oh, you're talking to Firestorm? Awesome!"

It's pretty cool. I was in NY right after Episodes 8 and 9 aired. I couldn't believe after just being on three episodes of the show, how many people were picking me off as Firestorm. People who I didn't expect – middle-aged men, who were like, “I grew up on that character. I've been waiting so long to see a live-action version.” To bring a character to life for the first time, I'm just enjoying it. I'm having a great time doing it and I'm having a great time talking to fans about it. It's been great.

Firestorm is a huge deal to comics people, but how have your fans, or the casual TV fans responded to you? He's kind of a crazy-looking character!

Yeah, and I think that's part of the reason the character's been received so well is that our visual effects team has done such an incredible job. It's just so impressive to see this character covered in flames take off and fly away. When I read that I fly away, I was like “Are you guys serious?” They were like, “Oh, yeah.” I was like, “You don't want to save this for another episode?” They were like, “Hell, no. You're going to fly away at the end of this scene.”

It was awesome, and then after we shot, I was like, “Oh, s—t, what is that going to look like?” I started getting a little nervous and then Armin, our VFX supervisor, e-mailed me and he said, “This is for your eyes only. Don't even tell anyone that you saw it.” And it was the clip of me flying away. That put all of my worries to rest. It's such an unbelievable job that they do on this character visually and I'm just trying not to screw it up, pretty much.

On top of the flames, his character has an odd look in general. You're certainly a little turned down, right? There's no puffy sleeves. 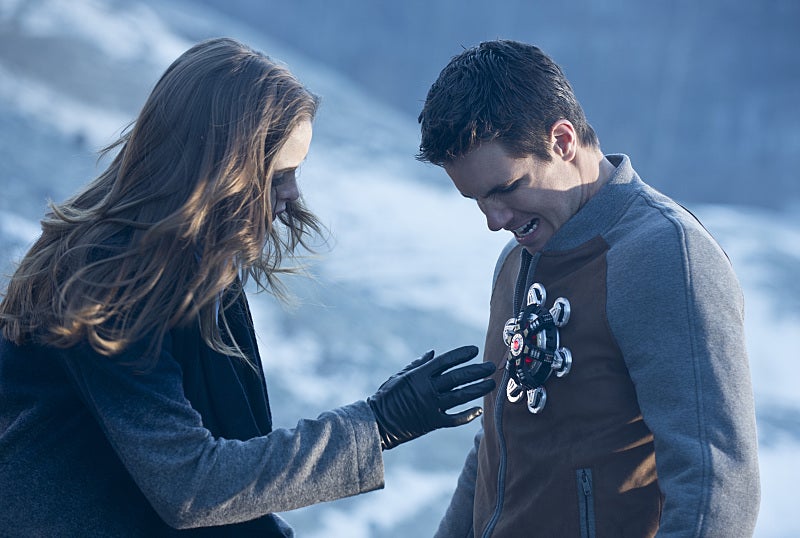 Is what we're seeing the final version of the costume, or at least the final as far as you're concerned for a little while?

Oh, not at all. I was actually a little upset when they posted the pictures that they did of the costumes. It really just happens to be the jacket that Robbie's wearing when the splicer's put on. The splicer is removable in our version of the character. Whatever he's wearing at the time can be turned into the costume. I'm sure down the road, there will be a legit costume but for the time being, it's just whatever he's wearing at the time when the splicer's put on and then it's time to go to work, that happens to be the costume.

That's just the clothes that he's wearing when the splicer goes on. I'm sure down the road, Cisco will make him some sort of fireproof this and – he'll do something Cisco-y and he'll have a badass costume.

No, your fire is pretty impressive; usually in the comics, he's more in control. What will happen when you're at S.T.A.R. Or someplace, when you're indoors?

I don't know. I mean, up until this point, it's been out of control just because of that exact reason: there's two people fighting for control of this body and the fire has been kind of a defense mechanism. In next Tuesday's episode, you definitely see a more calculated, more in-control version of not only Ronnie and Stein, but Firestorm. You get to see him hone his abilities pretty quickly and you use them for...I'm excited, I'll put it that way. From what we shot, I'm pretty excited to see this version of Firestorm. 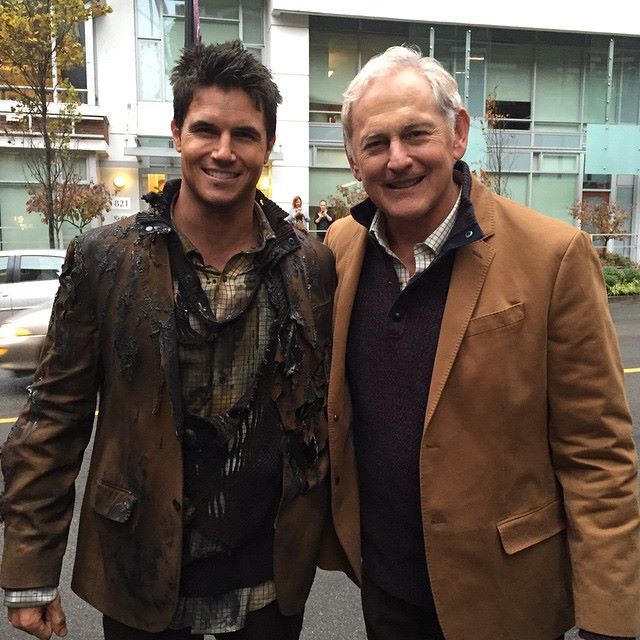 Has it been gratifying how receptive fans have been to you and Victor? There's none of the cynicism you so often see with comics-to-screen casting.

It's always nice to be welcomed from such an incredible fan base. It says good things about us, but it really says good things about the people making the show. No matter what Victor and I do, if we're not given good lines and good stories to be a part of, nobody's going to care. So I think Victor and I are just lucky to be put in a position where we get to go and have fun at work, and tell the stories that the fans want to hear. I think that it just shows what a good show that The CW and Greg Berlanti and Andrew Kreisberg are making, and it's just fun to be a part of.

Do you think you'll start seeing some of Firestorm's rogues, or will it be mostly keeping yourself in control?

Actually, the next person you see Firestorm fight, or face off against, is The Flash. Obviously this isn't a fight to the death or anything but this is the first fight that you've seen Firestorm really involved in because you've only seen him blast Reverse Flash at this point. So the face-off between Flash and Firestorm in the next episode, where they're just trying to help him, is really incredible. On paper, I couldn't believe that this was something we were going to shoot on television. On paper, it felt like a $150 million movie scene. I've seen little snippets of it and I couldn't be more excited to see the full fight scene.

After that, you get to see a little bit of a fight scene with Firestorm and General Eiling, which is pretty cool. To be working opposite Clancy Brown and Victor Garber was like a dream come true on set. But there's no holding back with this character and it sound like I'll be back. They haven't made anything official but it sounds like I'll be back for the end of the season.

And if what they're telling me about comes to be, it's going to absolutely blow people away.

You're talking about all the people you're bouncing off of. When are we going to get to see you and Stephen share a screen?

[Laughs] I know! That's what I said! I've been asking the same question. The tough part about it is that Arrow is a little more grounded than The Flash and that even as The Flash goes, Firestorm is a very super-powered, very visual effects-heavy character so it's hard for Firestorm to show up in Arrow. I feel like it will probably have to be Stephen coming over for another crossover episode of The Flash, but I'm not really the guy who can answer those questions. I just keep asking them.