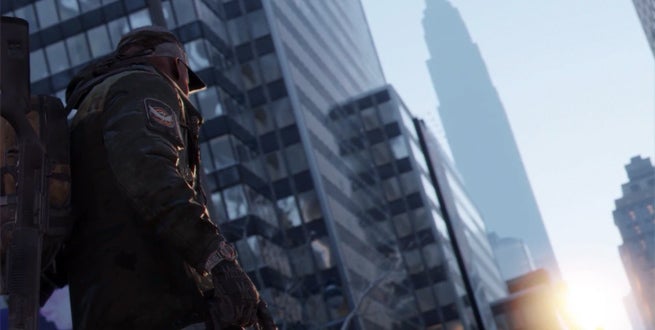 We know Tom Clancy's The Division isn't coming out until 2016, but that doesn't mean Ubisoft would let an E3 go by without something new on the the game - making this the third straight year with new The Division news and footage.

At the E3 2015 Ubisoft press conference, they showed off a new mode in the game called "Dark Zone." The footage shown featured lots of conversation between the players. They meet another team of players, and can choose to either take them on, hoping to gain their loot, or team up with them against the enemies they were already hunting. It took them through Times Square in New York, then out to Bryant Park. There, they turn against their new allies, only to have one of their own members turn against everyone and take all the loot for himself. How rude. The new E3 trailer was not shown at the conference, but you can watch it here:

They did announce a release date, March 8, 2016, which will be for all platforms, Xbox One, PS4, and PC, simultaneously. A Beta will arrive first on Xbox One, then on the other two early 2016.