The Walking Dead season 3 premiere was a very action-packed episode that even involved a leg amputation. At the very end, Rick Grimes and his group encountered something they never could have expected. In the prison where they are holding up, they discover other survivors.

The other survivors are only shown for a very brief second at the very end of the episode. Daryl Dixon shines a flashlight to reveal what appears to be a group of five men. The men appear to be dressed in grey coveralls. We were able to get some screen captures of the other survivors in the prison, so we've included them here for Walking Dead fans to get a better look at them.

While it’s unclear who the survivors are, the fact that they are dressed in grey coveralls seems to suggest that they were likely inmates. Only one of the prison survivors is shown close-up, and he appears to be very surprised to see Rick’s group. Who do you think the other survivors are?

A little spoiler here, in The Walking Dead comic book, Rick and his group encounter a group of surviving inmates in the prison, so odds are these other survivors are indeed former prison inmates. 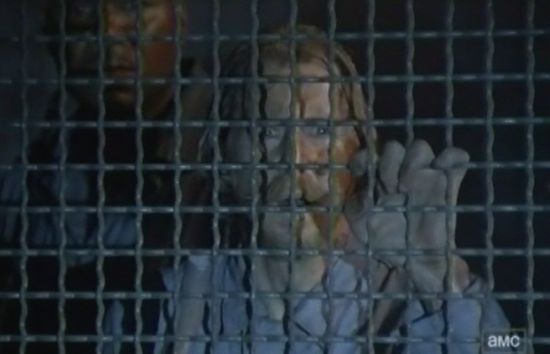