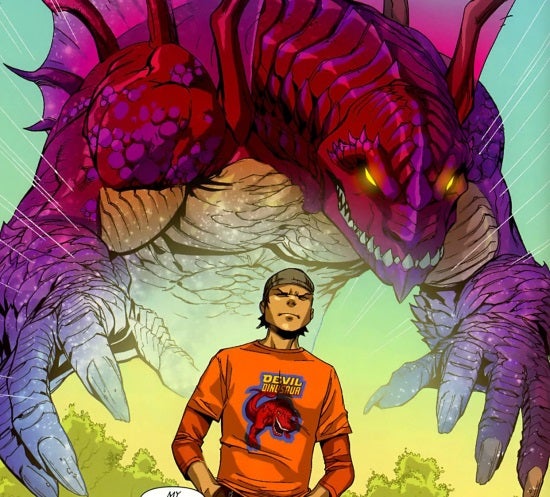 “Big Hero 6” is the first Disney animated adaptation of a Marvel Comics property. Big Hero 6 is a Japanese superhero team in the Marvel Universe and has included established characters like Sunfire and Silver Samurai, as well as introduced new characters.

Fred – a.k.a. Fredzilla – is a human who can transform into a Godzilla-like kaiju lizard. In the comics, it is revealed that he grew up on a S.H.I.E.L.D. base, but the movie version is said to be an independent filmmaker transformed by experimental technology.

In addition to Fred, the film roster will also include GoGo Tomago, Honey Lemon, Hiro, Baymax, and Wasabi-No-Ginger.

TJ Miller is the only known cast member at this time. He also voices Robbie on the animates series "Gravity Falls."

In “Big Hero 6,” brilliant robotics prodigy Hiro Hamada finds himself in the grips of a criminal plot that threatens to destroy the fast-paced, high-tech city of San Fransokyo. With the help of his closest companion, a robot named Baymax, Hiro joins forces with a reluctant team of first-time crime fighters on a mission to save their city.