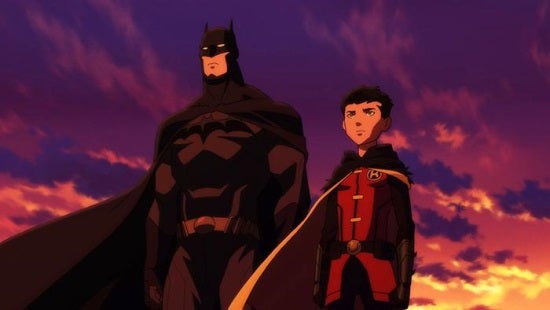 Adapting the first appearances of Damian Wayne by Grant Morrison and Andy Kubert, the story revolves around Bruce Wayne's discovery that Ra's al Ghul and his daughter Talia have secretly created a "perfect" son from a mixture of Batman's and Talia's DNA -- and then artificially aged the child to the point where it's reached its petulant teen years before dumping him off with his test-tube dad.

All of the panelists will sign exclusive-to-WonderCon Son of Batman mini-posters Friday, April 18 from 3:30-4:30 pm in the DC Entertainment booth.

Son of Batman Clip Released Ahead of Tonight's Premiere at WonderCon