A young girl, Nema, with the help of a large half-man/half-monster creature, travels to a mystical land in her dreams in search of her missing Father. 11-year-old Nema lives in a lighthouse with her father, Peter, who has taught her how to sail. Sadly, Peter dies one night during a storm at sea. Nema is sent to live with her estranged uncle Philip, who is dull and nothing like Peter. Nema discovers a world called “Slumberland” in her dreams. She encounters Flip, a creature who claims to have been an outlaw with Peter years ago, stealing things from other peoples’ dreams. Nema decides to go on an adventure with Flip when he claims to know a way that she can wish for her father back.

New 'Little Nemo in Slumberland' Animated Movie in the Works 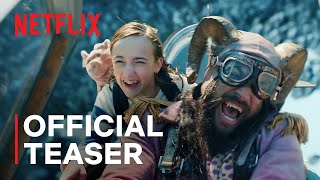