The true Shadowman is making his return to the Valiant universe, but he won't go unopposed.

Jack Boniface is back in the role he was destined for, but not everyone is thrilled about his return, including Baron Samedi, who wants to assume the power of Shadowman for himself. Unfortunately, Samedi might be the least of Boniface's problems.

Writer Andy Diggle and artist Stephen Segovia are bringing back the supernatural guardian with a vengeance, and you can find the covers to Shadowman #2 in the gallery. The official description is listed below. 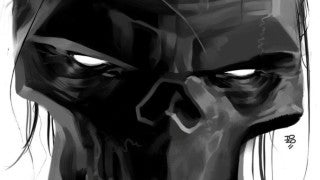 "Jack Boniface has only just returned home to New Orleans…but the Deadside won’t let him stay gone! From across the veil of life and death, the malignant presence of Baron Samedi – a ravenous voodoo deity bent on consolidating power at all costs – now seeks to infiltrate the mortal plane and claim the legacy of Shadowman for himself! But even as Jack and Alyssa marshal a defense to Samedi’s inhuman agenda, a monstrous new force – driven by killer instinct and a rabid hatred of the Shadowman – is about to turn the Big Easy’s back alleys into a hunting ground…"

Before that can happen though you'll need to pick up Shadowman #1, which sets the stage for Diggle and Segovia's introductory arc Fear of the Dark.

"Don’t fear your demons… Fight them! Orphaned as a child and raised on the margins of society, Jack Boniface never knew his place in the world. Until he discovered it waiting for him…in a darkness far older than the reign of men…

Unbeknownst to him, Jack was fated to become the next in a long lineage of Shadowmen – mortals bound to violent voodoo spirits of immense power – that could safeguard our world against incursions from realms beyond. For years, he struggled to control the loa’s murderous urges – a battle he eventually lost.

But now, after years of self-imposed exile, the man once known as Shadowman is returning home to sharpen the weapon within…and unleash a reckoning on the evils of our world that will soon send shockwaves through heaven and hell alike…"

The Return of Jack Boniface Continues in 'Shadowman' #2 Preview

Sword Art Online Cosplay Brings Administrator Back to the Spotlight

My Hero Academia Meme Points Out an Important Fact About Bakugo

Marvel Teases End of an Era for Spider-Man in January