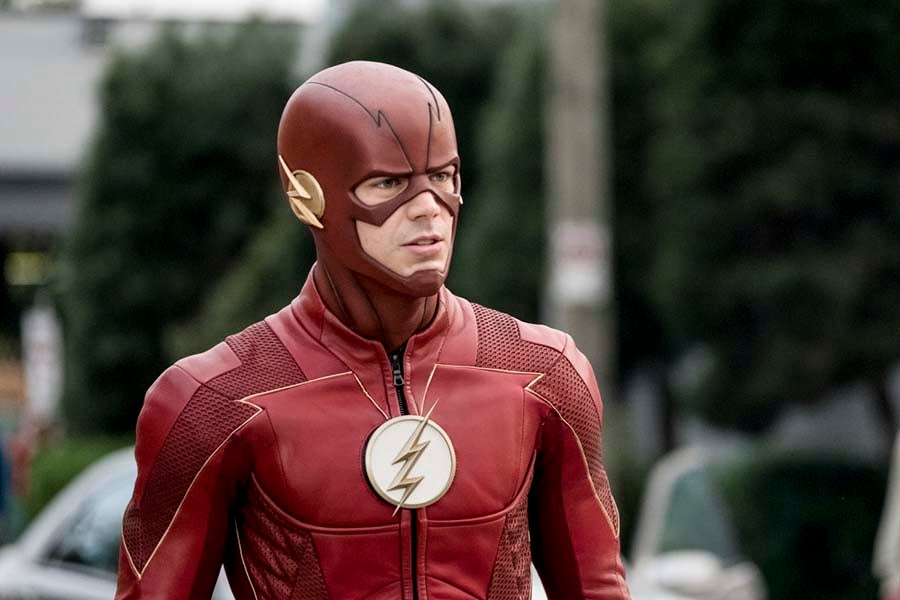 The Flash ended with quite an ending in this week's episode, and the cast has a lot of thoughts on what's next.

Spoilers for tonight's episode of The Flash, 'When Harry Met Harry', below.

Now Barry has seen Devoe face-to-face, and quickly discovered that things weren't as he expected. So how will that effect Team Flash's battle against the villain?

With Barry still dealing with the effects of the Speed Force (and an impending wedding), it sounds like the quest to find Devoe will weigh heavily on him.

"It kind of ends up driving Barry crazy, because he thinks he knows more about this guy, that's he's not all that he's cracked up to be, or that's he's portraying himself to be." Candice Patton, who plays Iris West, explained. "It pushes Barry to do some things that could possibly get him in trouble. Devoe is extraordinarily smart and he's always three, four, five steps ahead of Barry and everyone on Team Flash. So, they have to work really hard to figure out how to get ahead of him."

Could that endeavor have an impact on Iris and Barry's relationship?

"It's troubling for Iris." Patton added. "I think she thinks Barry's gotta take a step back or you could end up in a lot of trouble. You can't go after people like that. There's laws and things. There's going to be a little tension there. Iris is gonna be a little worked about how serious he's taking this Devoe character."

But it sounds like Barry and company should be taking Devoe seriously, considering the still-mysterious plans he has for Central City.

"So basically, DeVoe has this overarching plan that involves all sorts of circumstantial minutia." Carlos Valdes, who plays Cisco Ramon/Vibe, explained. "Whether the team knows it or not, they're already conducting actions that are part of DeVoe's plan and sort of falling for his trap. So it's really more a matter of Team Flash sort of discovering their place within what his plan. Just when you think that the team is getting close to figuring out what DeVoe's intentions are, it goes beyond that, exponentially. I think viewers can expect to go on the ride of their lives."