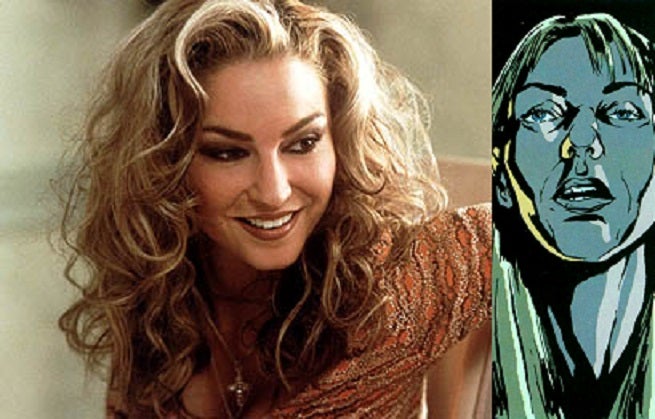 has cast The Sopranos veteran Drea de Matteo as Karla Faye Gideon in an upcoming episode, the studio announced today.

Gideon, described by the studio as "a Gifted woman with a grudge to bear against S.H.I.E.L.D. who joins forces with Skye's father, Cal," is identifiable to longtime comic book readers as a minor supporting character in Daredevil.

Considering the fact that Marvel's Daredevil will launch on Netflix around the same time Marvel's Agents of S.H.I.E.L.D. rounds the corner toward its season finale, it's bound to fuel speculation that there's a connection there.

In the comics, she came to Daredevil's attention during the 2005 Daredevil: Redemption series by David Hine and Michael Gaydos, after the death of her young son Bradley. Years later, she was a victim of domestic abuse, saved by Daredevil.

How that backstory -- if it's relevant to her character on TV -- could set her up as having a grudge against S.H.I.E.L.D. is anybody's guess, although given S.H.I.E.L.D.'s reputation following the events of Captain America: The Winter Soldier, it isn't necessary for a grudge to necessarily make sense to be valid.