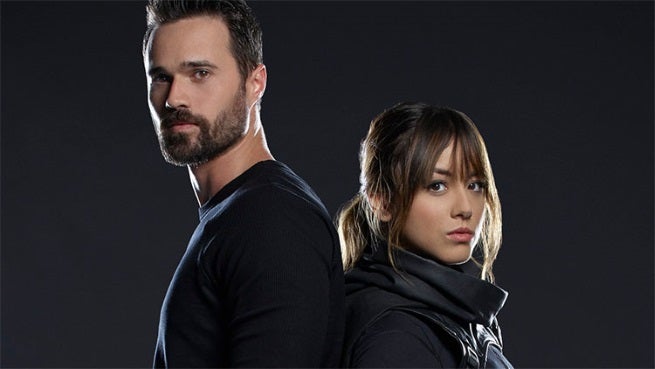 Elizabeth Henstridge, Iain De Caestecker and Brett Dalton of Marvel's Agents of S.H.I.E.L.D.stopped by Larry King Now to talk about Tuesday night's return of the series to ABC. In a preview clip of the Larry King Now episode, which will be released Tuesday afternoon, Brett Dalton expounds on what it mean to be an Inhuman.

"Inhumans are different in that they were born different," says Dalton. Where the Avengers have gained powers through science, or an accident, or by being a god, the Inhumans "are born different, and their powers are revealed later, so they kind of have a different journey.

Check out that clip, as well as two others, embedded below.

Agents Of S.H.I.E.L.D.'s Brett Dalton: We Are The First Ones To Introduce Inhumans Into The Marvel Cinematic Universe