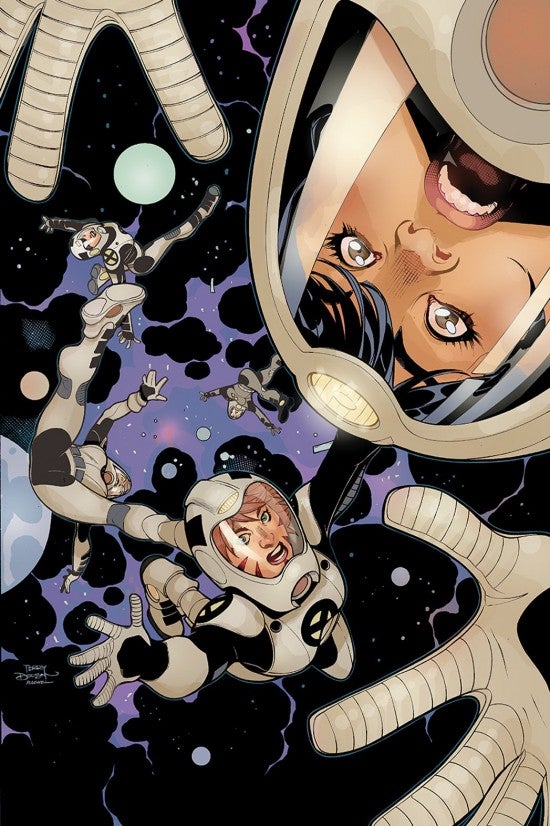 With the departure of Brian Wood in August, Arrow Executive Producer Marc Guggenheim will take over Marvel's adjective-less X-Men title. The title, featuring an all-female team of mutant superheroes, has been written by Wood since its launch last year. While his work on Arrow and the Green Lantern movie have made Guggenheim a household name among DC Comics fans, he's done plenty of Marvel work in his career, as well, writing characters like The Punisher and the X-Men in the past and creating the X-Men character Ink, who will appear in X-Men: Days of Future Past. In an interview with IGN, he said that the first arc of his X-Men (starting with August's #18) will take team into space. "Before I started pitching on this, I happened to be rereading a lot of the Claremont-era X-Men books, including 'The Brood Saga.' I was sort of struck by just how long it's been since there's been agn X-Men-in-outer-space story," he said. "It's darker, it's a little more mysterious, and it's scarier," the writer added, but "pure fun [with] some very deep character moments throughout." You can see the solicitation text for the issue below and the cover above. If you like Arrow, check out our exclusive interview with Guggenheim about this week's death of a pair of familiar DC Universe characters on the show. X-MEN #18 NEW CREATIVE TEAM! And a new mission for the first all-female team of X-MEN… • S.W.O.R.D. is Earth's premiere counterterrorism and intelligence agency when it comes to dealing with extraterrestrial threats. • But when the ferocious Shi'Ar warrior Deathbird lands on their doorstep at the brink of death, S.W.O.R.D. calls in the X-MEN to investigate! • But are the X-Men equipped to handle the horrific new threat that's emerged from the edge of space? 32 PGS./Rated T+ …$3.99