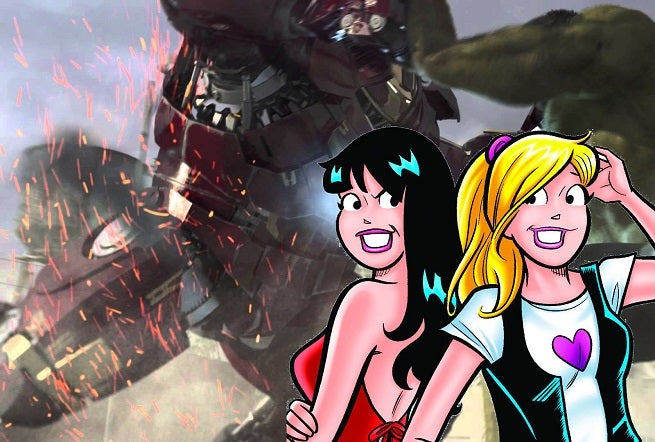 During a press conference in support of Avengers: Age of Ultron earlier today, director Joss Whedon revealed that a plot point in the film was actually inspired not by a deep cut from the Marvel vault...but by Archie Comics.

Minor spoilers ahead for Avengers: Age of Ultron.

During the widely-advertised battle between Iron Man and the Hulk, part of Tony Stark's battle plan involves a piece of hardware he calls "Veronica." When asked why that was the case, Whedon explained that it tied back to Bruce Banner's own personal backstory.

More particularly, to Betty Ross, Hulk's love interest in his solo movies and the comics.

"You know, I just decided to call it Veronica because he used to be in love with a girl named Betty and Veronica is the opposite of that," Whedon said, obviously referencing Betty and Veronica, who compete for Archie Andrews' attentions in Archie.

"I was always wondering that, but I thought I was breaking some Marvel taboo by asking that," Ruffalo joked.

Avengers: Age of Ultron will be in theaters on May 1.