At the start of the film, we learn that the Guardians of the Galaxy have been hired by the Sovereign to defend their powerful and valuable batteries from a menacing creature known as an Abilisk. Once the inter-dimensional beast has been vanquished, the Guardians meet with Ayesha, the ruler of the genetically engineered race of aliens, to receive their reward.

To bring the majestic and stunningly beautiful character to life, Elizabeth Debicki was coated in gold paint and provided with a restrictive golden attire. And even though she is already statuesque at 6'3", the 26-year-old Australian actress wore platform shoes, pushing her height to 6'7". This was done because director James Gunn wanted her to tower over Chris Pratt, who is 6'2".

Artist Gloria Shih has released an awesome batch of Ayesha concept art, featuring alternate designs the high priestess's dresses, headdresses, and jewelry, that she created for Guardians of the Galaxy Vol. 2. "Ayesha was so fun to design. I'm so happy to have the chance to work on this film," she wrote. "Thanks to Kevin Chen from the Vis Dev department for the initial inspiration and the wonderful costume designer Judianna Makovsky for her guidance and opportunity. You guys rock!"

Costume Designer Judianna Makovsky explains the textures and techniques that went into Ayesha's gown. "It has a base that has a metallic beading on it, but not like a regular bead, and over it is a lot of leather work," Makovsky shared with Fashionista. "There's some metal in there and a lot of molding. But mostly it's a lot of leatherwork. We tried more metal in the beginning and it was too heavy. [Debicki] could barely stand up when she had to sit and stand up. She's also wearing five-inch platform shoes and she's already six-foot-three. So we had to take the weight of the dress into consideration when we made it. People had to help her to the set because, to have that skirt fan out like a tulip, people had to walk behind her to carry it for her. We had two versions of skirt: one for sitting and one for standing. One that would fully tulip all the way around and one that was flatter in the back. So it was pretty either way." 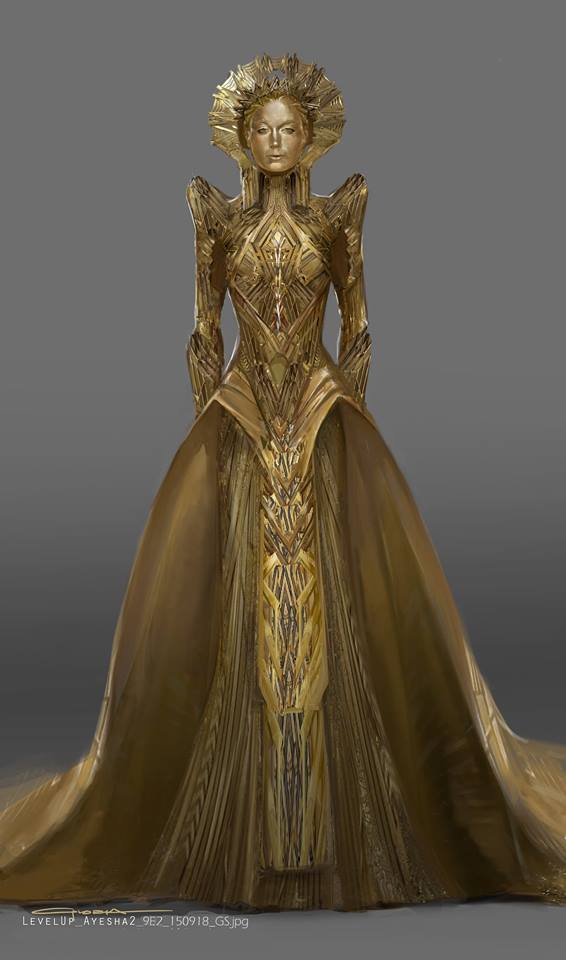 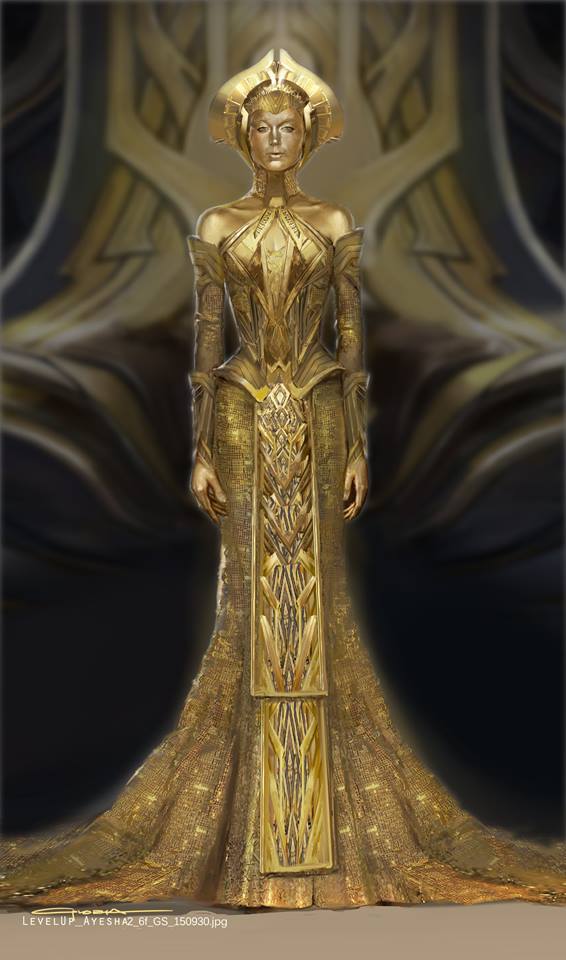 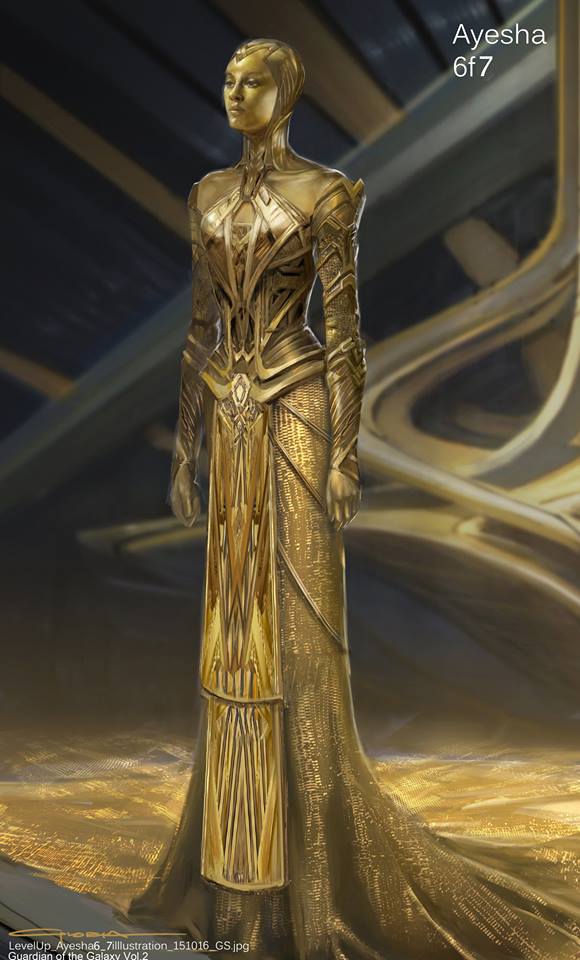 The restrictive costume helped inform Debicki's performance. "It's a really interesting thing when costume informs your character so hugely," the Aussie actress said in the film's production notes. "The restrictions in a costume like that, the corset element of it, the severity of the angles of it and even the weight of it, completely informs how you move because you can' t do certain things in it, which then indicates the type of person you are. When you think of the logic of that character, you wonder why she wears something like that. But it's because she' s informing her people the type of queen she is. It completely changes your physicality, though. I didn' t really feel like Ayesha in a way until I put that dress on and then sat on that throne. Then I really knew what she was all about." 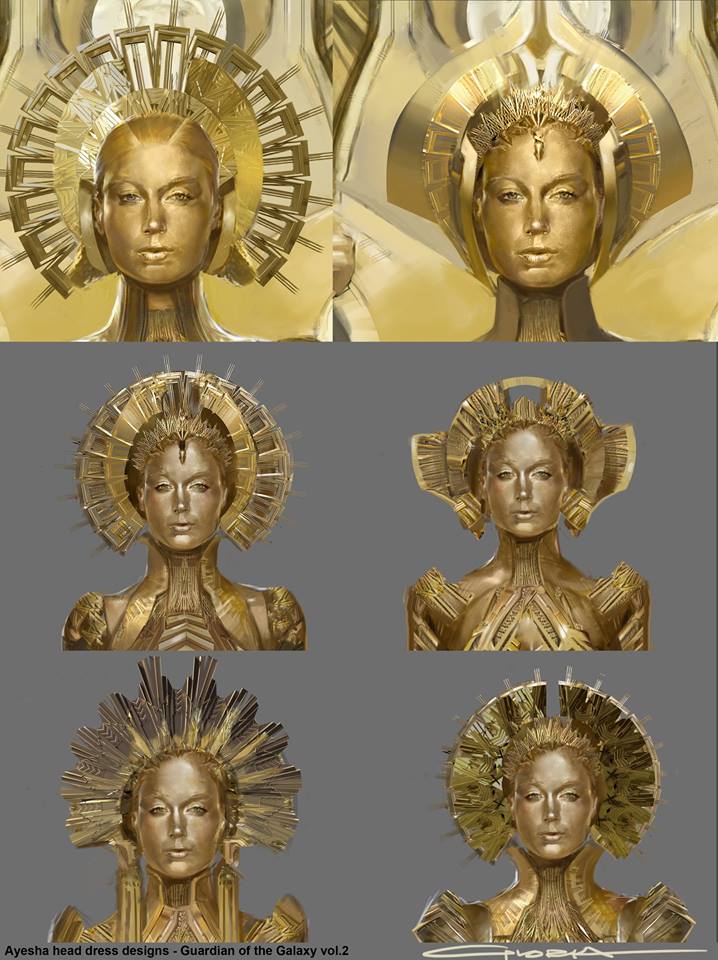 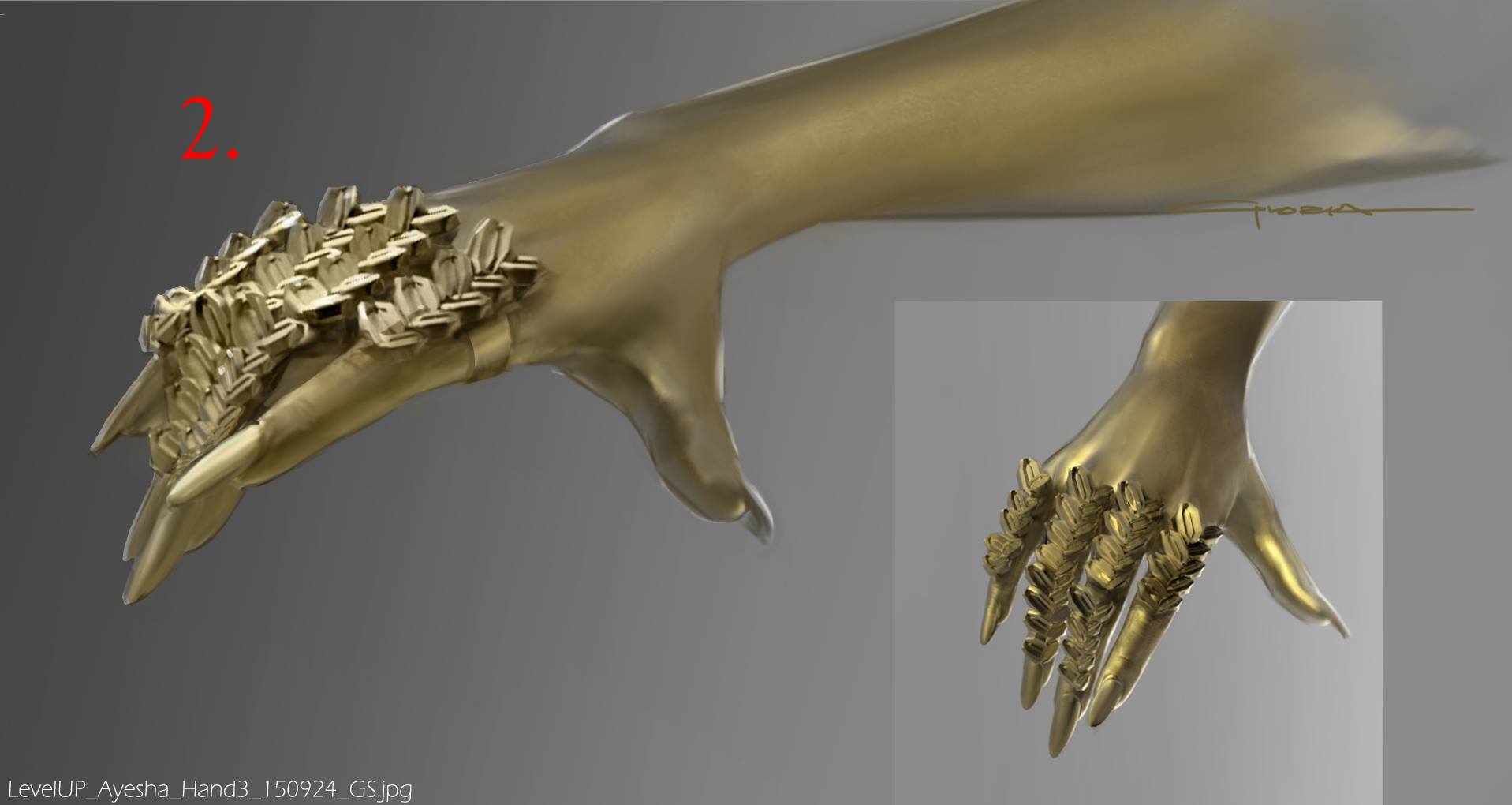 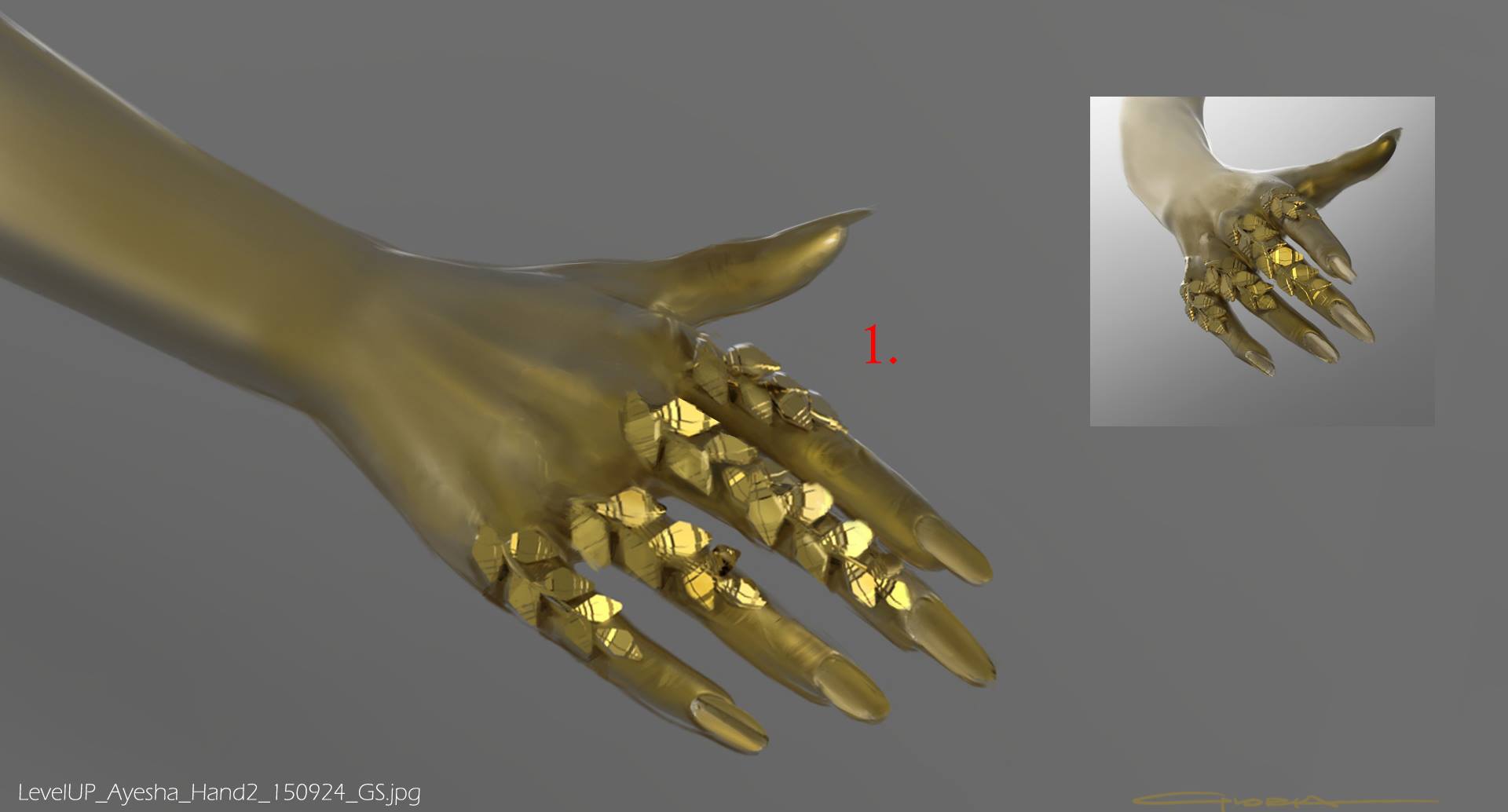 Alternate Ayesha Costume Designs For Guardians Of The Galaxy 2

Marvel's Midnight Suns Gets Free Trial on PlayStation and Xbox