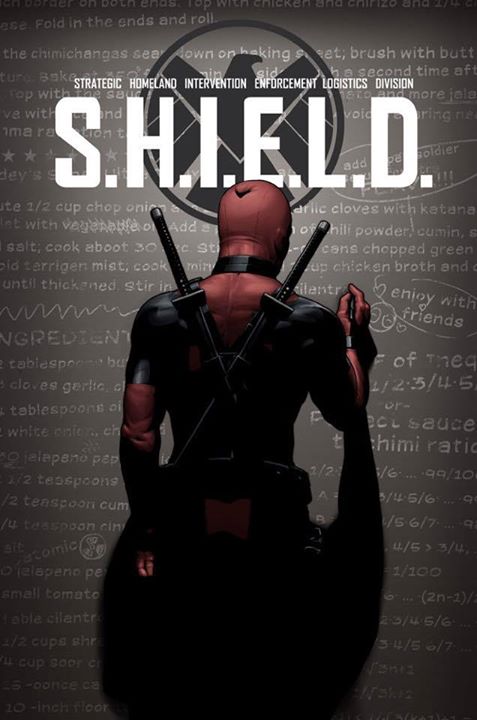 The cover, from artist John Tyler Christopher, has Deadpool scrawling his own mysterious writing on a wall, as Director Coulson did at the end of Agents of S.H.I.E.L.D. Season 1.

When reached for comment, Marvel Comics said that this will be the variant available to comic shops that hold a S.H.I.E.L.D. #1 launch party.

S.H.I.E.L.D. #1 is written by Mark Waid and drawn by Carlos Pacheco, and is one of only two comics being shipped by Marvel on New Year's Eve, with the other being Grant Morrison and Joe Quesada's All-New Miracleman annual.