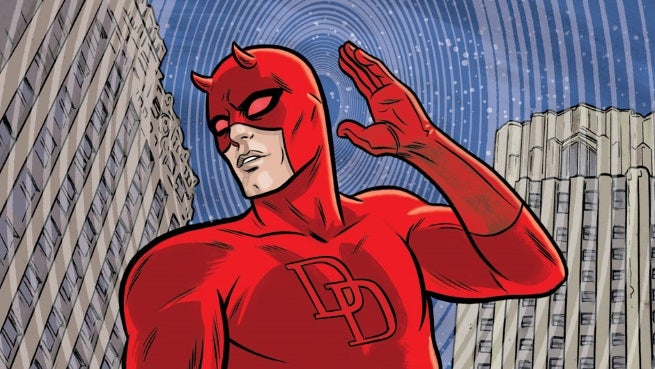 Two new images from the set of Marvel Studios' upcoming Netflix television Daredevil series have made their way onto the Internet.

The images, which were posted onto the Instagram account of Z Nation writer and co-executive producer Craig Engler, first tease us with a shot of a set chair emblazoned simply with the name "Murdock."

In Daredevil, blinded as a young boy but imbued with extraordinary senses, Matt Murdock fights against injustice by day as a lawyer, and by night as the super hero Daredevil in modern day Hell's Kitchen, New York City.

Daredevil will be available to stream via Netflix in May 2015.