There are a lot of exciting events going on at the House of Ideas and ComicBook.com caught up with Marvel's SVP of Sales & Marketing, David Gabriel about the success the company has seen and what they're looking forward to as the year closes out.

David, It looks like October is set to be one of Marvel's biggest months yet, but looking at the past few years, it's a month where traditional big launches happen. 2012 saw the launch of Marvel NOW with Uncanny Avengers, and even last year you were in the middle of Infinity AND X-Men: Battle of the Atom. Given the ebb and flow of the event cycle, has October become a month for Marvel to plan ahead to for big launches?

Not so much as a rule exactly. It always starts with the stories, but it just seems to work out that our event cycle tends to end in the fall. As you mentioned, last year we were reaching the end of INFINITY and X-Men: Battle of the Atom was just heating up and the year before that we were reaching the end of Avengers vs. X-Men. This year just happened to follow suit with Original Sin reaching its climax leading to all the Avengers NOW! books. Everything just happened to line up between where Rick's Captain Americastory was leading, the end of Original Sin, Jason's plans for Thor, and of course the plans for Avengers & X-Men: AXIS. I'm sure September and October of 2015 will follow suit and not disappoint!

From a sales and marketing perspective, we couldn't be happier with the results though. The sales on Avengers & X-Men: AXIS #1, Thor #1, Amazing Spider-Man #7 and Death of Wolverine #3 & #4 have exceeded expectations. Right now we're looking at an enormous five way tie for the numbers on these books. Front runner right now is Thor which is hugely rewarding on many levels.  The reorders over the next few weeks will keep us watching internally which one will be our best seller for October.  I wouldn't be surprised to see all 5 in the top slots for the month of October to see the highest comic sales for the year! 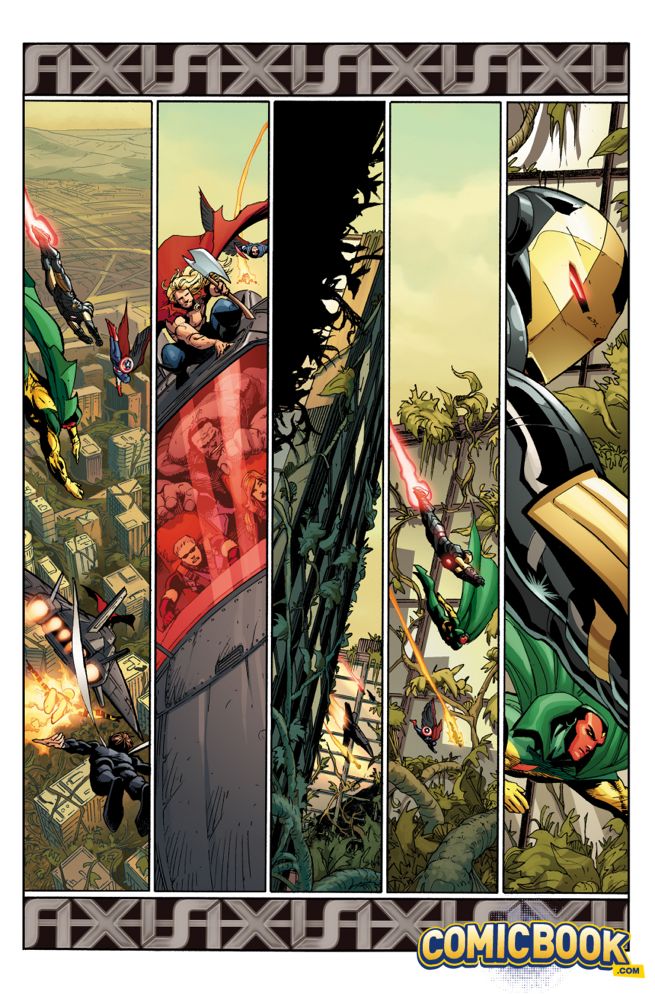 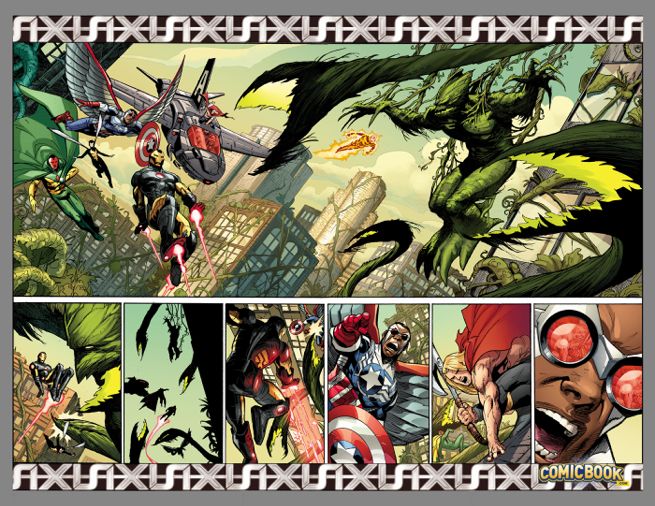 Let's talk about Axis for a second. Judging by the solicitations, the creative talent and the various incentives for retailers, this is looking like it might be one of the biggest Marvel events to date. We've all heard of the "Marvel Method" as it relates to the creative process, but is there one for the sales & marketing sides of things?

Sort of…We have a number of touchstones we like to hit whenever we promote an event, but every event is different and requires a different approach. Our marketing & PR team, Peter Charpentier, Chris D'Lando and Joe Taraborrelli, brought some fresh ideas to the table during Original Sin with the Watcher Eyeballs, and driving awareness of that series.

With Avengers & X-Men: AXIS, they've been working overtime to get the word out and have been doing a great job with innovative promo items and all the retailer tools to get the word out on the series and help retailers sell more copies in stores! The shipping schedule will also helped tremendously – with 9 issues shipping over 3 months, AXIS will be the most rapid-fire event we've ever done.

And as you mentioned, there have been a number of things made available to retailers to help make the launch a success at their level – from incentives to deep discounts to cake toppers. Yes, cake toppers. Who doesn't love cake? Even when it has the Red Skull's face on it! 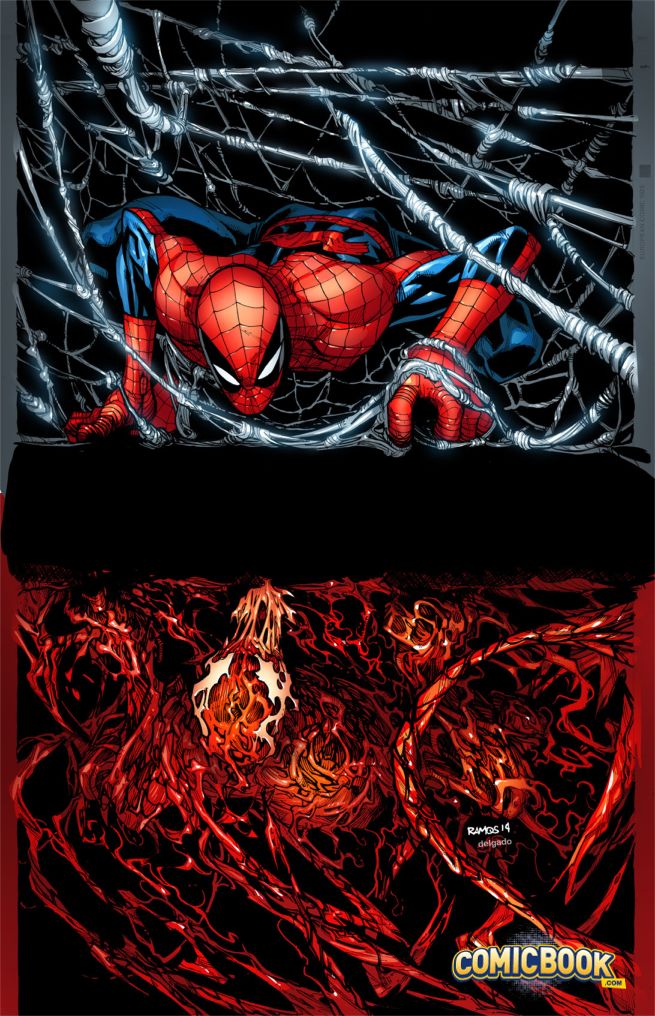 What are you personally excited about in AXIS?

Well, I love the Inversion Looper promo item we cooked up coming with issue #1. They're mesmerizing and I imagine folks will find themselves in their own endless loops working through these graphics. As for the story itself, I'm thrilled that the All-New Captain America and the Superior Iron Man will be front and center in AXIS right around the launch of their own solo titles. Giving those titles and characters the largest platform possible to succeed has been a joy to watch and I can't wait for readers to dive into all of the above. 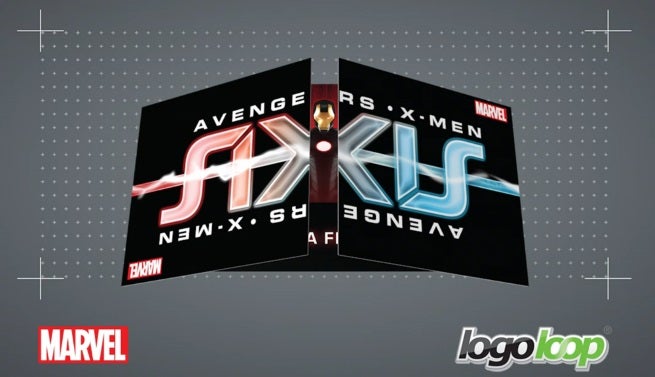 Is there anything you think retailers might have missed when it comes to prepping their stores and customers for the event?

I don't know if there's anything they've missed but we recognize it's difficult for retailers to order 9 issues of a near-weekly shipping event so close to the end of the year. We try to keep the incentives equitable for all retailers across the country, and of course that's a wide array of sellers. While we understand it is work to get through them, we put them on the books that we certainly think deserve a little extra planning so that the promotions and the strength of the series will be well met in every shop as fans are clamoring for these books. The support we've received from retailers has been tremendous and as always we appreciate their hard work and dedication.

Another launch you have this month is Thor. The buzz around this book has been overwhelmingly positive but of course, was met with some controversy- can you hint to us that the buzz (and controversy) translates into sales?

Oh this one's easy. We learned that if you want a book to launch big, announce it on The View! I'm only partially kidding, but Jason's story is something worth talking about in this day and age and worth being proud of. We happened to luck out that the announcement hit in such a way and in such a fashion that a worldwide audience couldn't help but get swept up in all the excitement

We were actually at one of our Marvel Creative Retreats when the news hit. We kept having to pull Jason Aaron, Axel Alonso and editor Wil Moss out to provide quick quotes with various news outlets.

All of this has resulted in all-new fans entering the world of Marvel Comics and Thor as they prepare for the books release on October 1st.

And while I can't give specifics, Thor #1 is looking at four to five times the numbers of Thor: God of Thunder. (and yes I realize stating that here will have everyone going back to the earlier question calculating sales on all those other titles!) 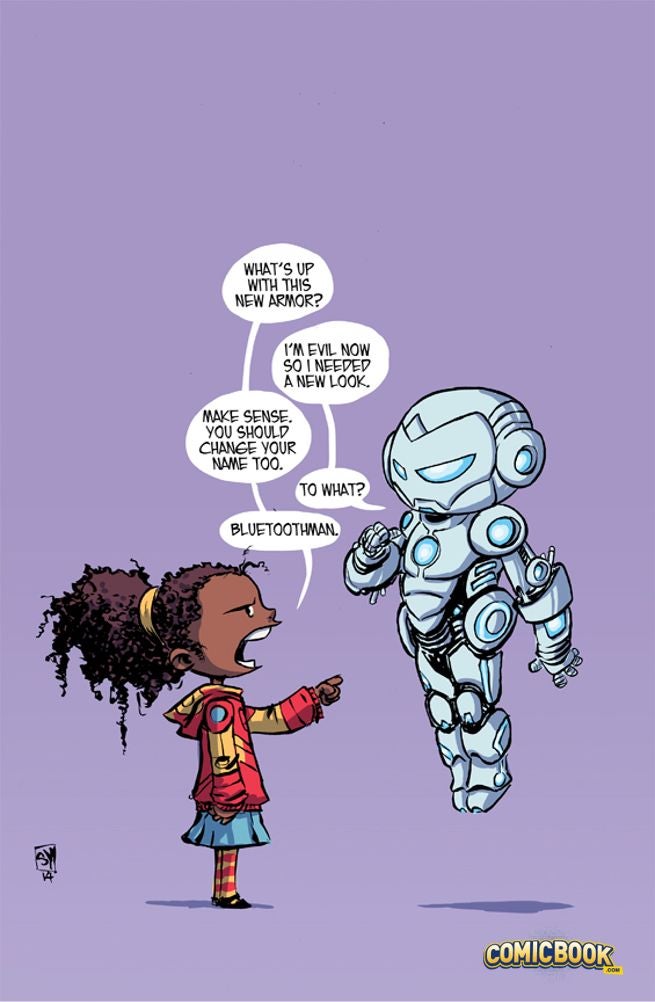 Not all books are launching in October, in fact - the month sees the end of an obvious fan favorite character, Wolverine. How has the buzz been on the book and are you excited to see retailer and fan reaction on the finale?

Oh yes we're very excited to see how people react to the ending. We've been very careful not to spoil the ending or some of the threats Wolverine will be facing in that final chapter. Charles Soule and Steve McNiven still have a few surprises up their sleeves.

It's unfortunate we had to push back issues #3 and #4 a few weeks but we wanted to give Steve, Charles, Executive Editor Mike Marts and everyone behind the scenes the opportunity to finish the book the way they wanted to and make sure it was a quality product.

When it's all said and done, Death of Wolverine will be one hell of a story and we're sure fans will feel satisfied when it's all over. Plus with all the buzz and reorders I can't say that the bump has hurt! 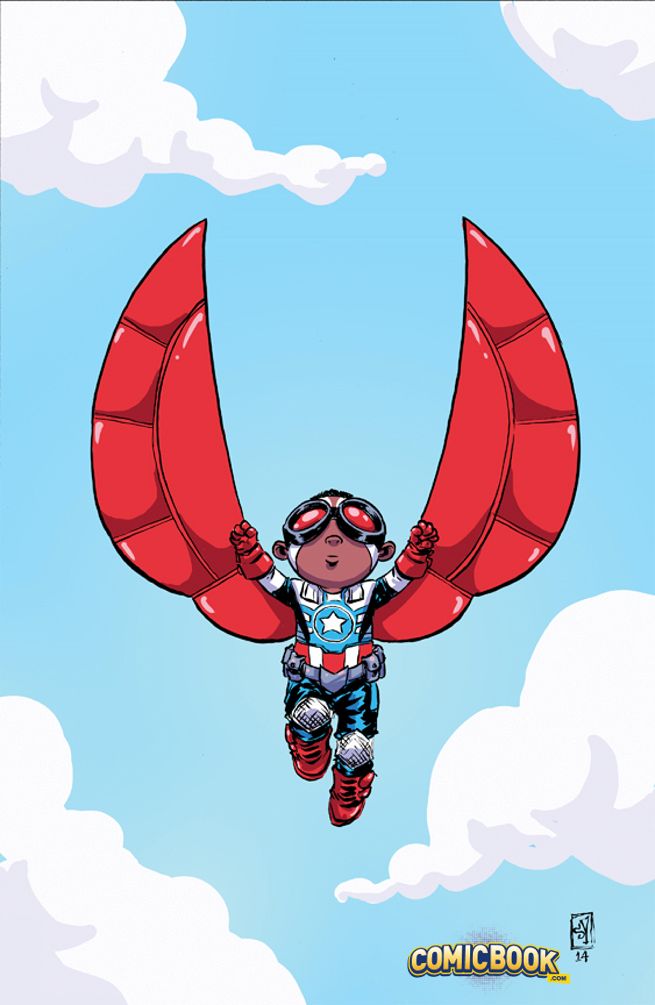 When you're planning a big major event, like the death of a character - what goes into the sales side of things to make sure retailers have everything they need to meet fan demand?

It's a balancing act, and there are arguments to be made on both sides. You want to make sure that retailers know something big is coming, but you also want to protect the integrity of the story by not spoiling it. With something like Death of Wolverine, it's hard to communicate what the story is about without also communicating that "yes, Wolverine is going to die." We had been talking up that story for months through Paul Cornell's run so we felt confident in letting that be known, which helped sales in the long run. But in the case of Original Sin for example, we held on to those secrets until the very end, to the point where fans were guessing what would happen until the very last page. We're glad we could hold on to that, because there's nothing worse than having the end of a story ruined for you but that's an unfortunate byproduct of the internet these days. But we still manage a few surprises…

Speaking of spoilers and teases, I've mentioned this before but expect something huge in January 2015 hot off the heels of Avengers & X-Men: AXIS. I shouldn't say more, but we invite retailers coming NYCC to attend a special, closed door Meet Marvel Editorial panel where we'll let them in on a few secrets and from there, they'll be free to spread the word, so to speak.