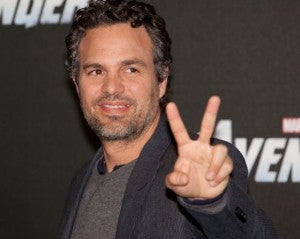 As part of his ramp up to the release of Much Ado About Nothing this weekend, Joss Whedon has been making the press rounds and, inevitably, answering questions about Marvel's Agents of S.H.I.E.L.D. and Marvel's The Avengers 2: Title Not Final. And while he's managed to avoid giving anything too telling away, he did reiterate in an interview with Vulture today that just because The Avengers managed to overcome their personality conflicts and become a team in the first movie doesn't mean things will be easy from here on out. After all, Coulson's not around anymore to die again the next time they...hey, wait...! Here's the bit from the interview, which really only makes sense if we include the author's question as well as Whedon's quote:

So for Avengers 2, you have a draft done, you start shooting in early 2014. What will be the main conflict this time, now that they've formed a team? Trying to stay a team? Becoming their own worst enemy? Because these are not folks who can pull off making a movie out of a Shakespeare play in twelve days. No, they're not. And actually, that's the middle of the movie, them trying to. It's the Avengers trying to do Measure for Measure, and it doesn't go well. It's very exciting, especially in 3-D. [Laughs] The rest of it, you're right about — it was necessary to build this team, but what happens to them and to the world when they actually exist as a team? How does that work? And I have until we shoot in February to make sure that I'm right.

Joss Whedon on Avengers 2: How Does the Team Work?