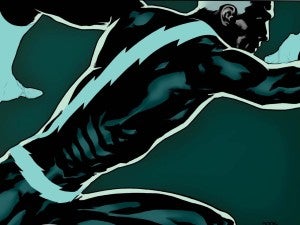 After a screening of Much Ado About Nothing today at the Film Society of Lincoln Center, filmmaker Joss Whedon took to the stage for a Q&A, where of course almost none of the questions were actually about the film he was there to screen. Luckily for Marvel (and...Batman?) fans, ComingSoon.net was there to catch the pertinent quotes. Asked which Marvel character he would work with if he could have anyone, the filmmaker responded, "If I could get my hands on absolutely anybody it would be Batman. He's a Marvel character in the DC Universe." That's been a frequent callback by Marvel Studios executives, with Kevin Feige having said the same thing a number of times last year when The Avengers and The Dark Knight Rises were being pitted against one another by fans and media. One has to wonder whether Warner Bros. takes it as a backhanded compliment... In more realistic terms, though, Whedon told the audience that failing Batman, what his next Avengers film will absolutely have is the brother-sister duo he's been teasing for weeks now. Asked about whether the decision to include Quicksilver in X-Men: Days of Future Past will impact The Avengers 2 in any way, Whedon both sidestepped the question and answered it, saying, "That's not something I can really talk about, but Quicksilver and Scarlet Witch are going to be in the movie and they're going to be AWESOME."

Joss Whedon Wants Batman, But Will Have Quicksilver