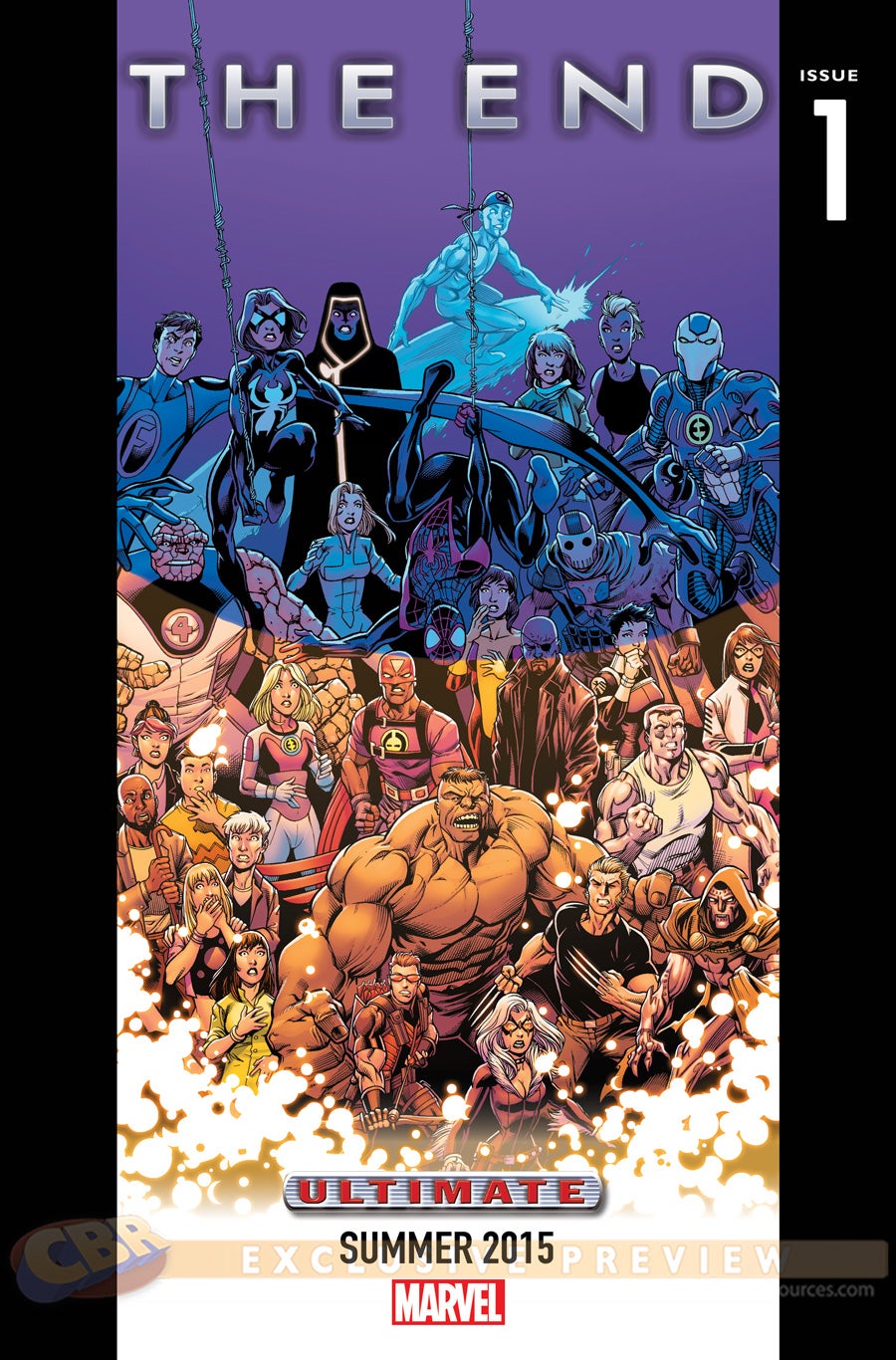 The teaser – drawn by Mark Bagley, one of the most recognizable artists to work on the Marvel Universe thanks to his long tenure on Ultimate Spider-Man – features a who's who of surviving characters from Marvel's Ultimate Universe, including the Future Foundation, and the All-New Ultimates, and the remaining members off the original Ultimates and the X-Men.

While the teaser image seems to signal that Marvel's Ultimate line will be closing up shop next year, it's worth noting that this is not the first time the Ultimate Universe has been perched on that particular precipice. Most recently, the arrival of the 616-Universe's Galactus for the Cataclysm even had many expected Ultimate Earth to be turned into a meal for the cosmic devourer, but the Utimate Universe survived, with only some serious status quo changes to show for it.

It's also important to note that this is just the latest in a series of teaser images that Marvel has released ahead of events releasing in summer 2015. All of the previous teasers have had some connection to a previous Marvel event (though the latest one, Attilan Rising, is somewhat tenuous). Marvel's previous The End line was a series of hypothetical final stories for all of their marquee characters, including the Fantastic Four, the Hulk, the X-Men, etc., all of which took place in their own, individual universes, separate from the 616. Hence, it is possible that Ultimate The End is a similarly hypothetical story about the Ultimate Universe's hypothetical last days.