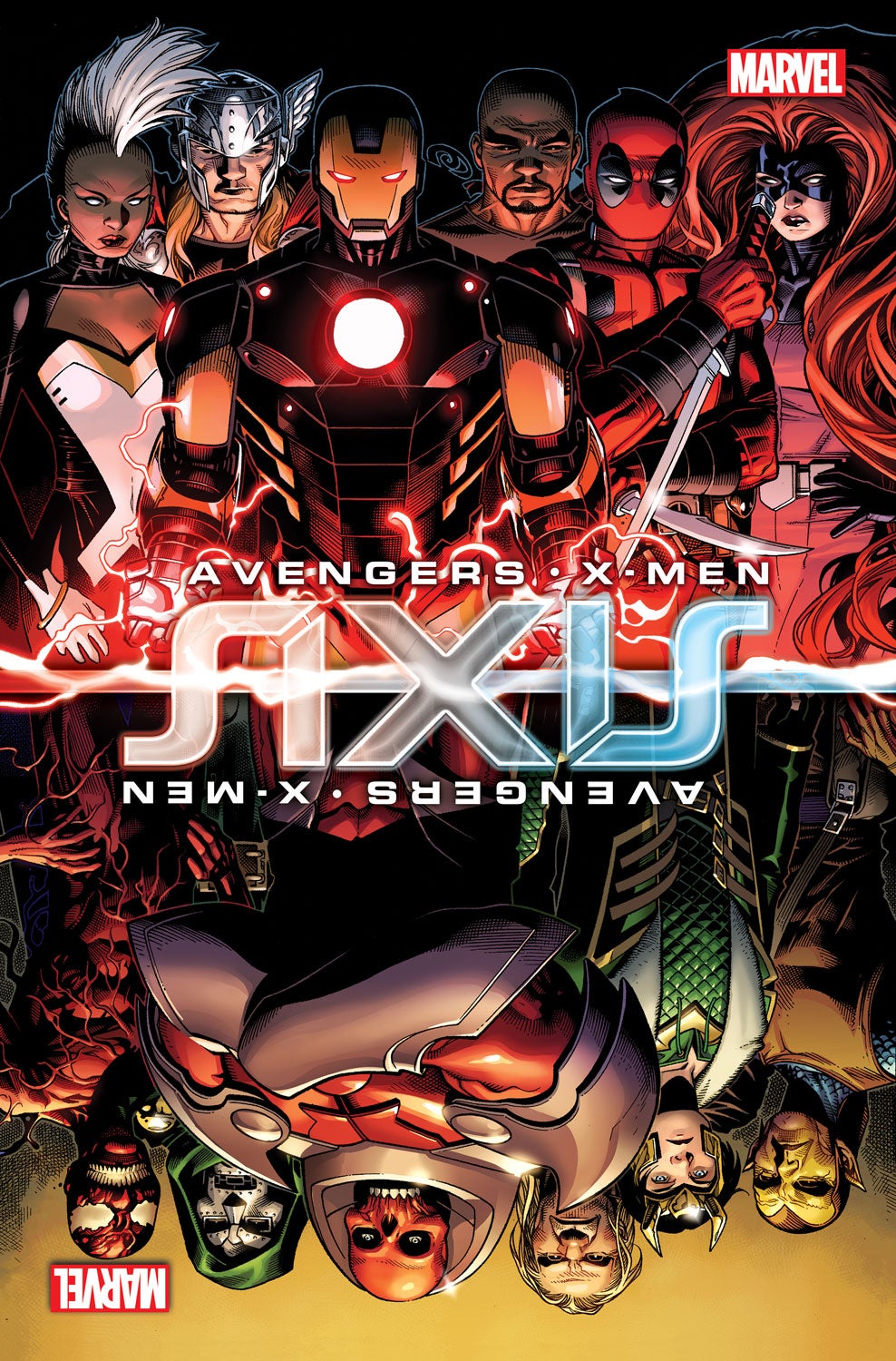 "You're not gonna get a lot of people eating cereal during this," says writer Rick Remender of AXIS, Marvel's major event of the fall. We learned more about that story during a press call this afternoon with Remender and editor Tom Brevoort. It's the culmination of years of planning, and will see the fruits of seeds the writer planted as far back as his celebrated run on Uncanny X-Force.

"March to Axis" plays out in September across Remender's Captain America and Uncanny Avengers, as well as Loki: Agent of Asgard and Magneto. The nine-issue main series begins in earnest during October and consists of three acts, each playing out over the course of a month.

Brevoort hesitates to outline exactly how the lineup of artists — Terry Dodson, Jim Cheung, Adam Kubert and Leinil Yu — will divide their duties, as he speculates the plans may change. He does confirm that Kubert will tackle the first two issues, followed by Yu and Dodson in some configuration. 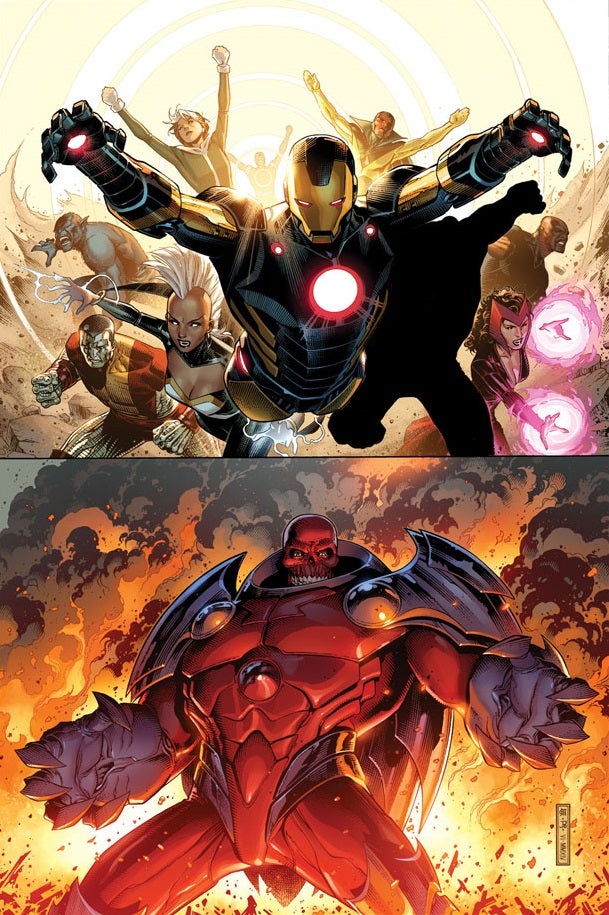 It all starts with a little absolute power corrupting absolutely, in a place that's seen its fair share of institutionalized hatred.

Imbued with the Onslaught armor and the awesome telepathic abilities of the late Charles Xavier, the Red Skull launches an horrific reeducation program on Genosha, the island nation still haunted by genocide and the machinations of past despots. Unfortunately the Avengers and X-Men remain a fractured force, still reeling from internal schism and infighting.

"They finally come together in the worst possible moment of their lives and it's a bit too late," Remender explains. "They are bonded at first. How that plays out with the current threat isn't going to be a lot of fun for them."

Reluctant to delve too deeply into his specific endgame, Remender and Brevoort characterize the Red Skull as the blackest heart of the Marvel Universe. The writer says that he's never attempted to portray absolute evil before, tending to render his antagonists in gray tones. Here, Red Skull represents the broadest and most menacing of dark forces, lent all the more influence by his new armor and power of persuasion. Brevoort suggests that the only thing keeping the villain from top tier status as a threat was that cap on his natural ability.

"We've given him all the power he'll ever need to make the world over in his image as he sees fit," the editor says.

As for the heroes, Remender and Brevoort joke of the series' immense scale and diverse ensemble. Asked to pinpoint the primary players, Brevoort offers, "The Avengers and the X-Men." It's as matter-of-fact as that. Though Remender adds that one alternative explanation of the title is "Avengers, X-Men, Inhumans and Spider-Man." It's not the formal reasoning for the name, but it's as apt as any. Much is made of the opportunity for Remender to explore Tony Stark in a much more meaningful way than in the past. He also cites characters like Cyclops, Nova, Vision and Magneto as main draws.

Though Brevoort characterizes Genosha as a pile of rubble — a physical manifestation of Red Skull's own warped psyche — that storied landscape serves as fertile ground for allegory. That Red Skull has chosen this accursed place for his stronghold doesn't go without remark from Magneto. He comes with his own unique history with Genosha, and with such camps as well. Remender characterizes the two as rivals. The island offers the secrecy Red Skull needs, and he augments that with some mental shielding of his own. He's also fairly cognizant of the salt he's rubbing in very deep wound.

"Let's face it, Genosha is a craphole. Nobody ever goes to Genosha on vacation," says Brevoort. Their tourist trade is crap. In many ways, it's the Red Skull's hometown."

"Nobody loves Genosha," says the editor, in summation.

The plight on Genosha and the ripple effect around the globe could be event enough. In fact, it's where Remender started in his concept. But that only represents the first of AXIS' three acts. He explains that the third issue — the series' first act break — ends with a "jerk of the steering wheel," which sends the story in an unexpected new direction. It's an event that evolves and escalates with each new bend in the road.

Though we learned much about AXIS and its participants today, we leave with even more questions. The story remains largely shrouded in secrecy, with Brevoort promising even more promotional images with characters redacted through black silhouettes. Remender, too, remains guarded about revealing too much, too soon.

A little surprise is healthy now and then.

Remender & Brevoort Spin The Marvel Universe On Its AXIS