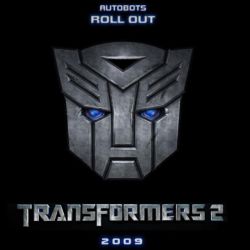 Transformers 2: Revenge of the Fallen

hasn't even hit theatres yet, and already director Michael Bay is talking Three-quel. Over the weekend, during the premiere of the Friday the 13th remake, Bay was constantly bombarded with questions about the upcoming sequel to last year's blockbuster, Transformers.

In an interview with Collider.com, Bay states that while he is open to the idea of another Transformers feature, but he would have to take year off before he began the project. For fans of the 80s cartoon that chronicled the struggle for survival between the friendly Autobots and the deadly Decepticons, Bay's statement means Transformers 3 probably wouldn't hit theatres until at least late 2010, with sometime 2011 being more likely.

Don't expect any budding friendships between the two robotic races, as Bay claims that the tone of Revenge of the Fallen will be much more darker than the first film. Bay also hints that the human elements of the Transformers will play a large part in the robotic war, and the robots themselves will begin to emote their own individual personalities in Revenge of The Fallen. Transformers 2: Revenge of the Fallen opens in theatres on June 26th.