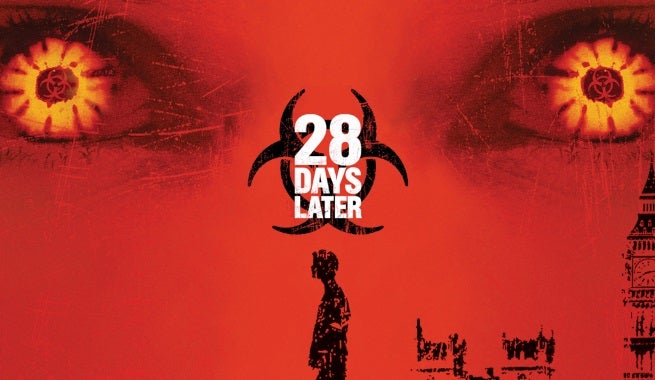 Ex Machina writer and director Alex Garland has confirmed that the third film in the 28 Days Later trilogy, 28 Months Later, is indeed in the works, though his own involvement with the project is at an end.

Garland says that after the production of 28 Weeks Later, the second film in the trilogy, nobody involved was really excited about doing a third, so the trilogy remained unfinished. Then, Garland had an idea.

"About two years ago, Danny [Boyle, who directed 28 Days Later from Garland's script] started collaborating on the potential to make Trainspotting 2, another sequel," Garland says. "In that conversation, an idea for 28 Months arrived. I had a sort of weird idea that popped into my head. Partly because of a trip I'd taken. I had this thought, and I suggested it to [producer] Andrew [Mcdonald] and Danny, but I also said I don't want to work on it. I don't really want to play a role, and Andrew said, 'Leave it to me.' So he's gone off and is working on it."

So it seems Garland provided the idea and the spark to get 28 Months Later off the ground, but that will be as far as is involvement with the project. That may still get him a "story by" credit, which is still more than the "executive producer" credit he got for 28 Weeks, denoting his distance from the film.

28 Months Later Confirmed To Be In The Works