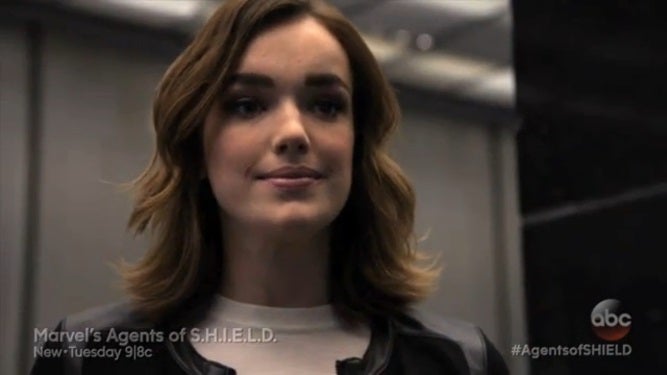 Marvel Studios has released a sneak preview of next week's episode of Agents of S.H.I.E.L.D., TITLED "Making Friends and Influencing People" (via TV Guide).

The clip shows Jemma Simmons going to work at her new place of employment, and it's not Stark Industries.

Obviously, audiences are going to want some explanation as to how Simmons made her way from S.H.I.E.L.D. to her new gig, as is Director Coulson.

Of course, this is a spy show. Not everything is always what it seems.