For those not in the know, the Back to the Future moment at the end of Marvel's Agents of S.H.I.E.L.D. pilot is not the first time we've seen a S.H.I.E.L.D. agent with a flying car. In fact, that goes all the way back to Strange Tales #135, published in 1965 and featuring the first time that World War II hero Nick Fury was reinvented as a super-spy. The images at right and below are courtesy our ever-lovin', blue-eyed pal Ben Grimm, who's been digging around to find this stuff and posting it to his blog. Besides a shot from the car's Kirby-drawn first appearance, he's dug up an image below, presumably from The Handbook to the Marvel Universe or something similar. It gives a full run-down of the car's technical specifications. "I was checkin' some S.H.I.E.L.D. records (Yours Truly has connections) and happened upon some plans for Lola's various gadgets and doodads.  I figure Fitzsimmons might find these useful if they ever need to give the old girl a upgrade...  Assumin' Coulson ever lets them near her," the blogger jokes. As you can see below, the car (originally yellow and, at the time, fairly contemporary) was designed and built by Tony Stark and features, among other things, air-to-air missiles, a car body parachute and an early iteration of a GPS system. And lots of guns, which would seem not to fit Stark's current pacifist bent. How much of this do you figure might make it to the small screen? Peruse the tech specs below and decide! 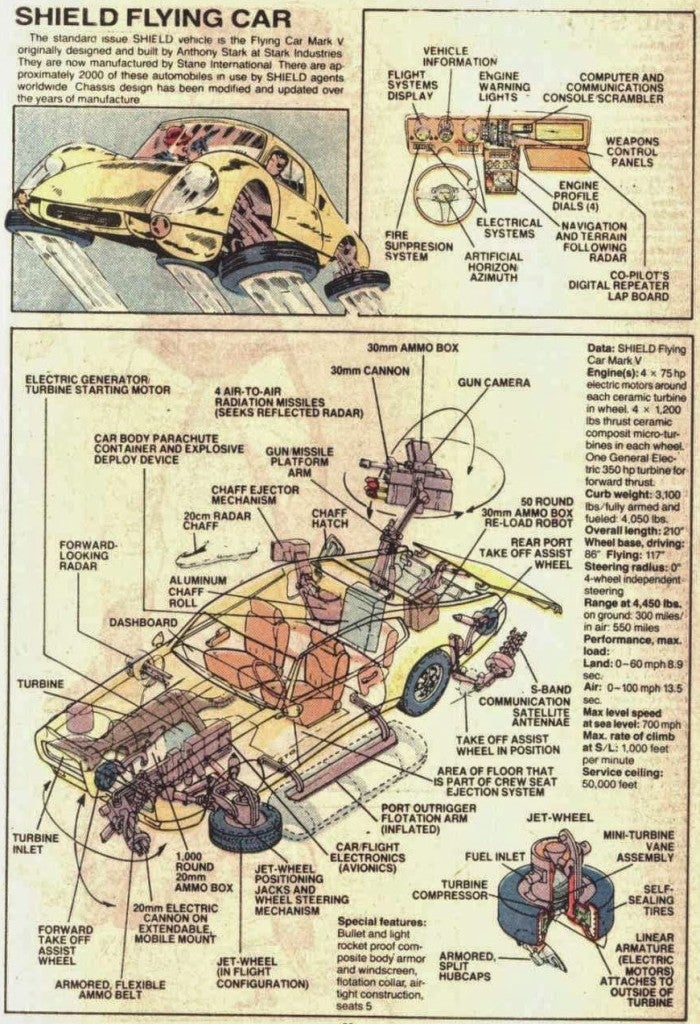