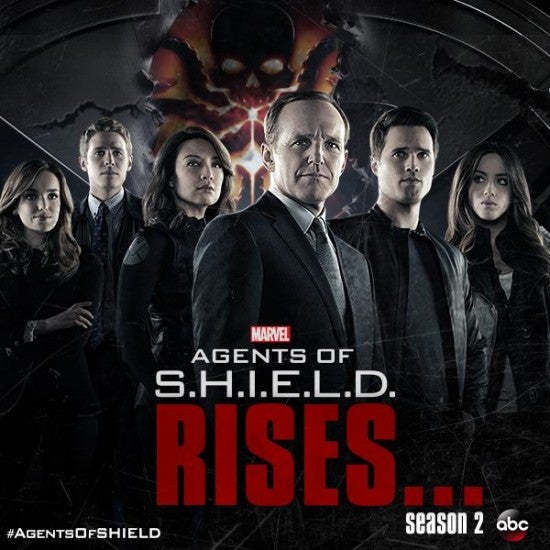 With their renewal finally made official, the social media team promoting Marvel's Agents of S.H.I.E.L.D. have issued a poster teasing this fall's upcoming second season.

The image, which looks a bit like a live-action version of the "Art of Level 7" poster released yesterday in support of next week's finale, features the caption on Facebook, "Take that, Hydra! The Agents will be back for a second season of Marvel’s Agents of S.H.I.E.L.D.! #StandWithSHIELD."

Of course, it's not much of a "Take That" moment when you've got a HYDRA agent prominently featured in the poster, but what can you do?