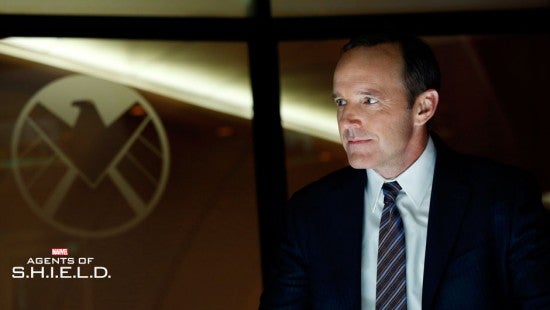 Just hours after an interview ran in which Marvel's Agents of S.H.I.E.L.D. star Clark Gregg called viewers dissatisfied with the lack of superheroes and other Marvel Universe references on the show "losers," S.H.I.E.L.D.Site quotes the actor as taking a pot shot at legendary Nick Fury, Agent of S.H.I.E.L.D. writer Jim Steranko. Steranko, who writes commentary track-style columns for new episodes of Agents of S.H.I.E.L.D. at The Hollywood Reporter's website, is typically pretty hard on the show, saying that it's squandering the potential that S.H.I.E.L.D. has built into its premise. "A month or so ago, during a conversation with Loeb, he categorized the series as 'S.H.I.E.L.D. meets The X-Files,'" Steranko claimed shortly after the pilot aired. "Great premise, but barely in evidence. S.H.I.E.L.D. needs to be much tougher, much stranger, much edgier to reach its potential!" 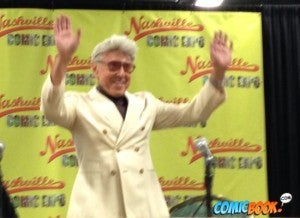 Well, Gregg stopped short of calling Steranko names, but he did deliver a sharp-edged "joke" at a Television Critics Association event. When asked about Stranko's comments, Gregg essentially told him, "Hey, get your own show!" "I haven't talked to Steranko, no," the actor admitted. "I admired him a lot in the comics, and he has a lot of theories about the version of the show he would like to make. I encourage him to make one of his own." In the months since Steranko made his first public criticisms of the show, his own rhetoric has been toned down somewhat, but fans and the press haven't, for the most part. Seemingly every entertainment writer on the Internet has written a "How to fix S.H.I.E.L.D." story since the start of the season (we've written two, including one just today). Check out the interview at S.H.I.E.L.D.Site for more, including some talk about the current episodes and the trajectory of Skye's story.

Agents of S.H.I.E.L.D.'s Clark Gregg to Jim Steranko: Make Your Own Show

Pokimane Reveals Why She Doesn't Want to Join an Esports Organization

My Hero Academia Explains the Surprising Origin of Shigaraki's Name