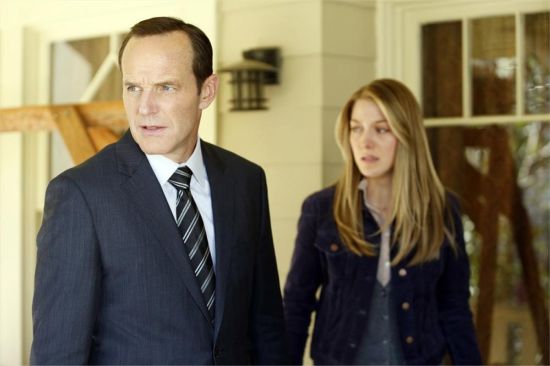 continued to rebound from their weeks-long ratings slump this week with a second consecutive week of improvement, drawing more than 9 million viewers.

That didn't help it beat out the 1964 stop-motion animated classic Rudolph the Red-Nosed Reindeer, which handily won the 8 p.m. timeslot with more than 11 million eyeballs.

It's still good news for the Marvel super-spy series, which finally rebounded last week with a Thor: The Dark World tie-in that made many observers wonder whether the number was real. A second week in a row of improvement suggests the show might actually be stabilizing--although it was also leading into The Voice's finale, which was the top-rated show of the night by a country mile. Another week of improvement when there's not an "event" to hang the numbers on would do wonders for S.H.I.E.L.D.'s perception.

The success or failure of S.H.I.E.L.D. will ultimately have to be viewed through the lens of the full season; while it's a huge improvement over what ABC had on at 8 p.m. last year and has delivered men 18-49 to the network in numbers unprecedented in recent history, even this bigger number is something like 20% of the show's massively-popular series premiere, and only a marginal improvement (an additional .3 ratings points in the demo) over the series low. The show's also quite expensive, suggesting that the network might prefer something that delivered similar numbers for less, but given the fierce devotion to the Marvel brand, it's difficult to imagine what else would deliver similar numbers against NCIS and the other staunch competition in the time slot.

Agents of S.H.I.E.L.D.'s Ratings Up, Still Beaten By Rudolph the Red-Nosed Reindeer