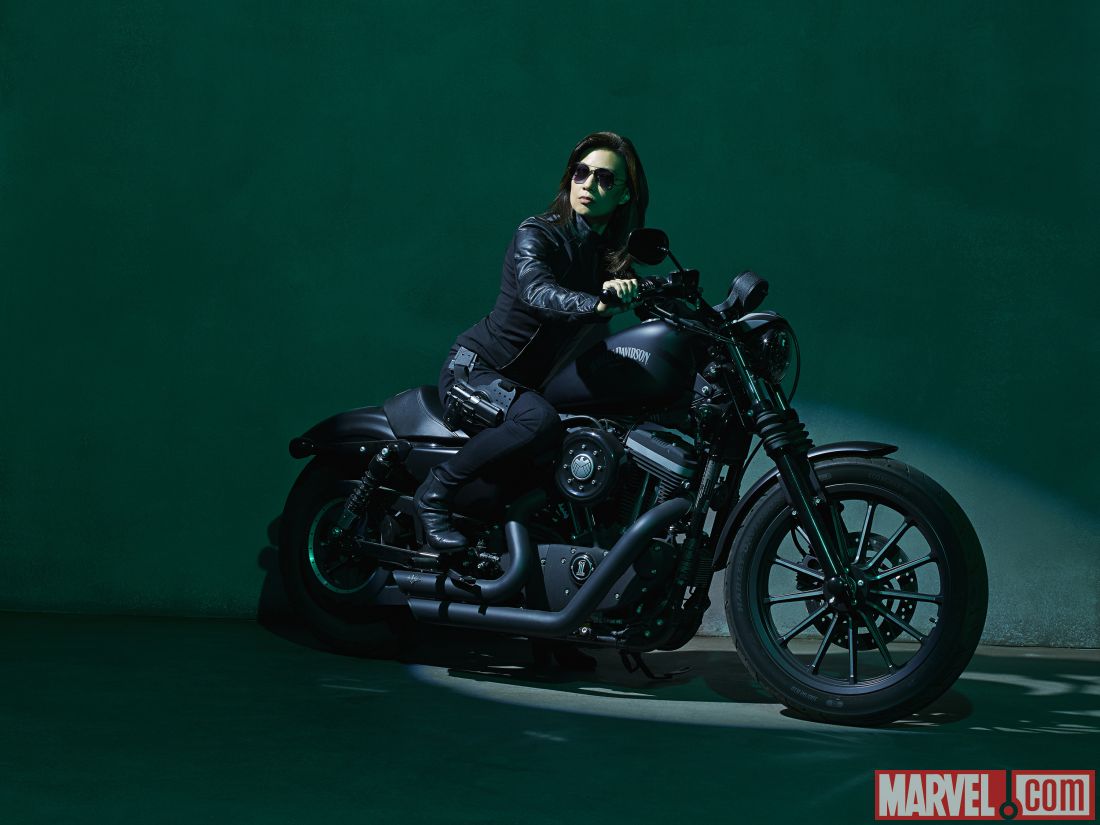 Marvel has released 15 new images of the cast of Agents of S.H.I.E.L.D. Season 2.

Check out the entire gallery below.

After helping to thwart Hydra, Coulson was appointed as Director and tasked with rebuilding the agency. This won’t be an easy job to accomplish with the majority of S.H.I.E.L.D. agents either killed, secretly working for Hydra or free agents. Agent Melinda May (Ming-Na Wen), expert pilot, martial artist and longtime friend, will continue to look after Coulson in the wake of the mysterious etchings he’s been carving into walls. What do these etchings mean, and can Coulson be trusted? Grant Ward (Brett Dalton), highly trained in combat and espionage, was found to be a Hydra mole and a traitor to S.H.I.E.L.D. and locked up away from the world and his former teammates. But this isn’t the last we’ve seen of him… After being left to die in the middle of the ocean by Ward, Agent Leo Fitz (Iain De Caestecker), brilliant engineer, and Agent Jemma Simmons (Elizabeth Henstridge), genius bio-chemist, found a way to escape their watery grave. But all did not go well for Fitz, who was left in a coma and may never regain his full cognitive functions; a devastating blow to Simmons. And computer hacker Skye (Chloe Bennet), now a full-fledged S.H.I.E.L.D. agent, discovered her origins as an 0-8-4 -- an object of unknown origin – and that her parents were considered “monsters.” Could Skye have darkness lying dormant inside of her? Also joining Coulson's core team is Lance Hunter (Nick Blood), a dashing mercenary sharp shooter with a quick wit. Since he didn't rise up through the ranks, does he have an ulterior motive for helping out the team? Who can Coulson trust? From Executive Producers Joss Whedon ("Marvel's The Avengers," "Buffy the Vampire Slayer"); Jed Whedon & Maurissa Tancharoen, "Marvel’s Agents of S.H.I.E.L.D." pilot co-writers ("Dollhouse," "Dr.Horrible's Sing-Along Blog"); Jeffrey Bell ("Angel," "Alias"); and Jeph Loeb ("Smallville," "Lost," "Heroes") comes Marvel's first TV series. "Marvel’s Agents of S.H.I.E.L.D." is produced by ABC Studios and Marvel Television. less