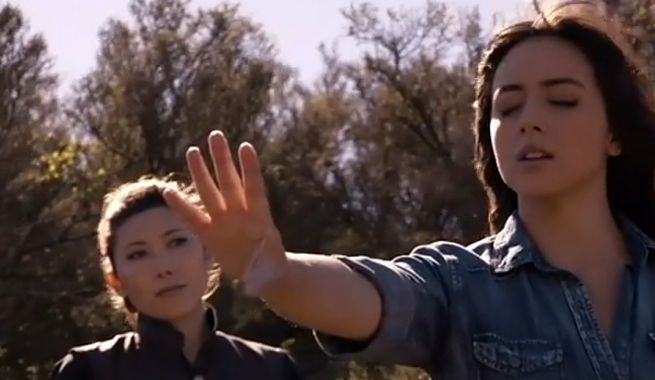 After the "Afterlife" episode of Agents Of S.H.I.E.L.D., ABC released a sneak preview of next week's episode, which is called "Melinda."

In the “Melinda” episode, the story of Melinda May’s transformation into “The Cavalry” is revealed as she finds herself at a crossroads in the war between Coulson and Gonzales. As Skye learns more about her true heritage from Lincoln, the truth about the Inhumans will send her in a new direction.

The ”Melinda” episode was written by DJ Doyle and directed by Garry A. Brown. The "Melinda" episode of Marvel’s Agents of S.H.I.E.L.D. airs on Tuesday, April 14 at 9 PM ET on ABC.