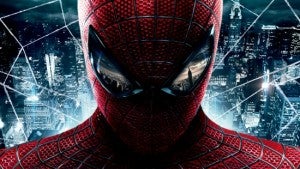 A new, Australian trailer for Sony's The Amazing Spider-Man gives fans an idea of the movie's sense of humor and the relationship between Peter Parker and Gwen Stacy, along with a lot of the same shots and dialog we've seen already. Somehow, though, when something focuses a little more on Gwen, the line about putting the people he loves in danger has a different, more dark relevance to it.

Overall, it's a lot of the same, but a little more character-centric, and we get what I think is the first look at Sally Field's Aunt May actually speaking. It'll be interesting to see how this film plays out, what the reviews look like and how the box office will stack up; Sony's Men in Black 3 just won the weekend but is still being looked at as a bit of a disappointment due to its high production costs and the fact that it came in about $10 million below projections over the holiday weekend, and Ol' Webhead will only have three weeks before The Dark Knight Rises hits theaters, which means there will be a lot of superhero buzz around that time.

The Amazing Spider-Man will open in the U.S. on July 3.