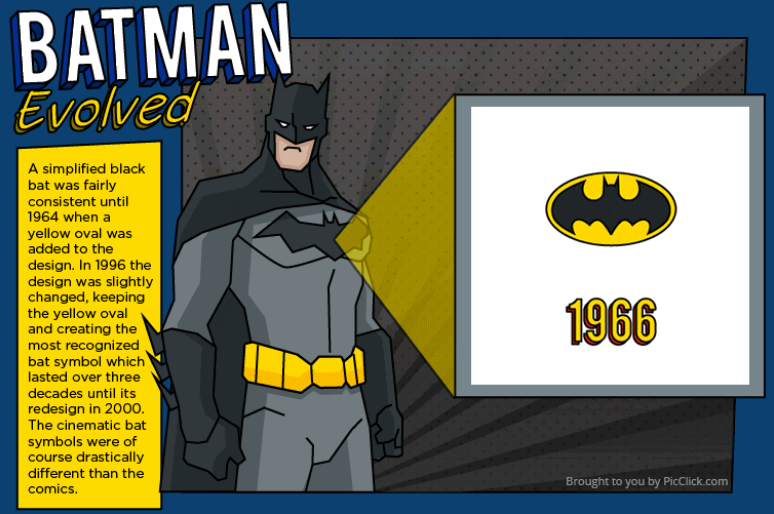 As pop culture icons for more than half a century, Batman, Superman, and Spider-Man have to find ways to stay fresh in their never-ending battles.

And as comic readers know, that generally means a costume update (or six). But as Eric Snapper, a Florida-based comic book fan told BuzzFeed (via i09), superhero emblems receive even more facelifts than the suits that brandish them. 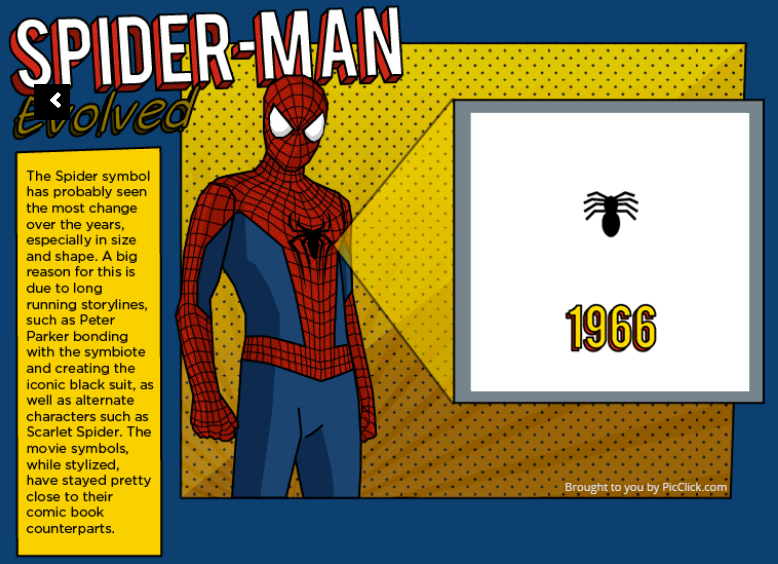 To celebrate the rich history that Batman, Superman, and Spider-Man’s emblems have enjoyed over their respective careers, Snapper created an awesome series of animated giffs to illustrate just how many iterations each emblem has received. 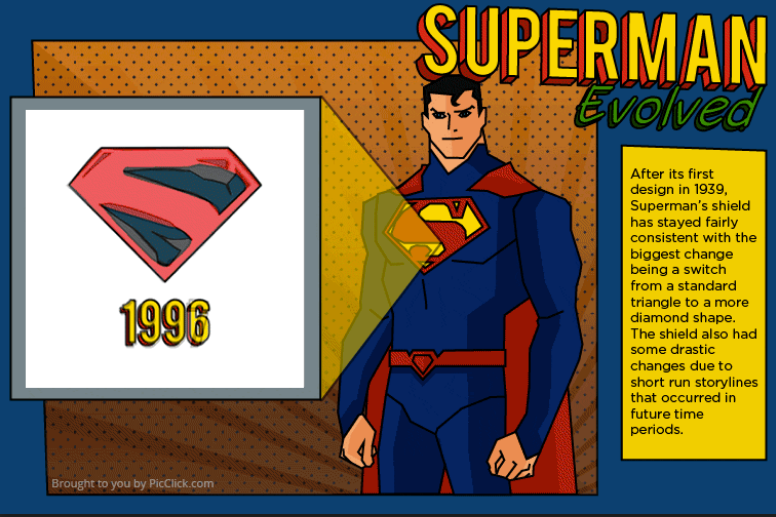 While it’s no surprise that Batman has seen multiple changes, given how open his suit can be to artistic interpretation, it was revealing to see just how man changes Superman and Spider-Man’s emblems have received over the years. On top of covering the basic emblem shifts from era to era, the giffs also trace each hero’s emblem in parallel universes and multi-media projects. Even that eye-sore of a silver Bat signal from Joel Schumacher’s Batman & Robin is included.

Head over to BuzzFeed to see the giffs in action.