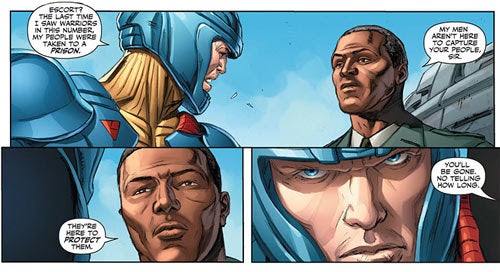 Valiant Entertainment have released a first look at Armor Hunters #1, due in stores next week.

Available in both standard-edition and chromium covers, Armor Hunters launches the storyline that's been teased since the Free Comic Book Day issue this year and that will tie into X-O Manowar and see the end of Bloodshot and H.A.R.D. Corps, just for a start.

The Armor Hunters miniseries is just the hub of the company's Valiant First line, with tie-in one-shots and miniseries to be released all summer long by talent both familiar and new to Valiant readers including Justin Jordan, Robert Venditti and Joe Harris, among others.

Check out the solicitation text and preview pages for the first issue -- in stores next week -- below.

A relentless and surgical strike team from the farthest reaches of space – sworn to exterminate the X-O Manowar armor and all like it – have finally found their last target. They will hunt. They will trap. They will kill. And they will rid the universe of the X-O Manowar's incalculable destructive power…even if it means taking the Earth with it.

In the tradition of the universe-shaking HARBINGER WARS, Valiant's biggest heroes begin the summer's blockbuster 18-issue crossover event right here in Armor Hunters #1 (of 4) – and then launch the resistance against the world's first full-scale cosmic threat with new arcs beginning in Unity #8 and X-O Manowar #26 in June; and Armor Hunters: Bloodshot #1 (of 3) and Armor Hunters: Harbinger #1 (of 3) beginning in July! 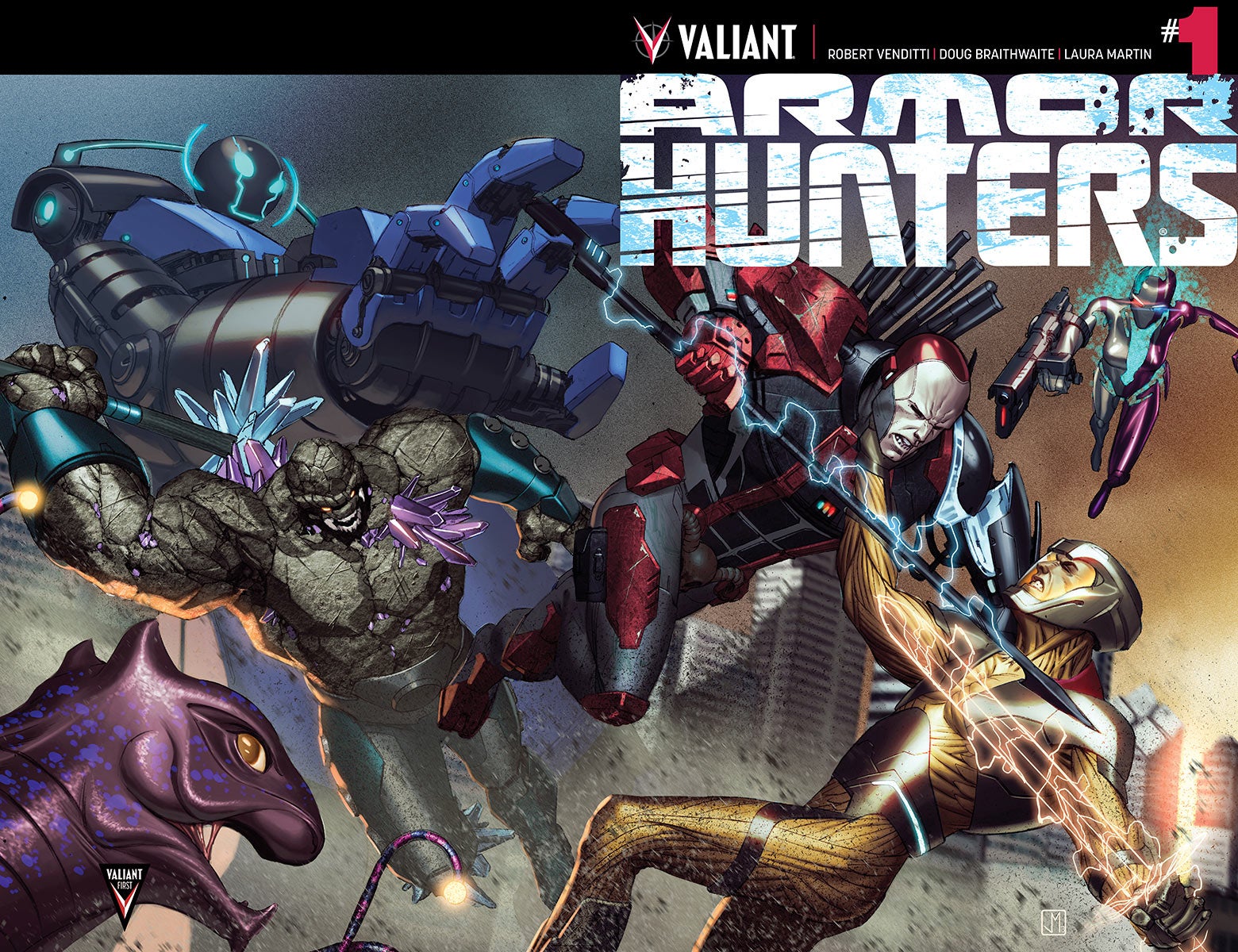 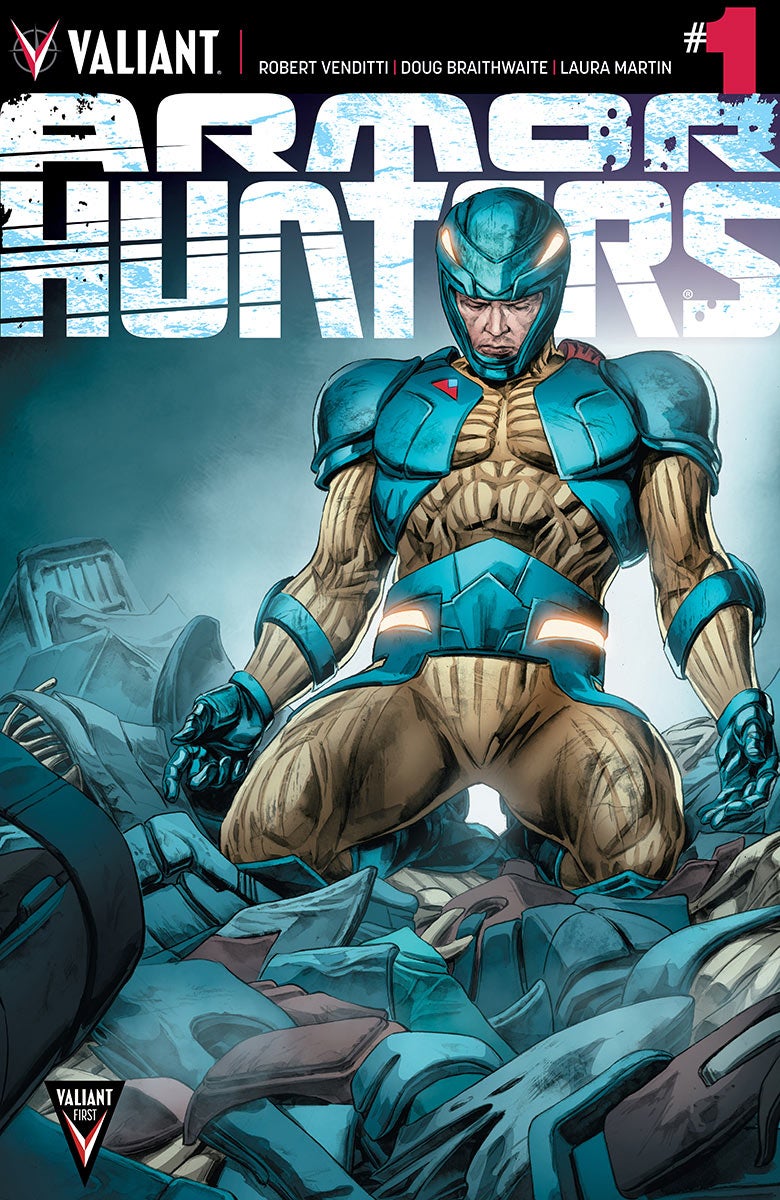 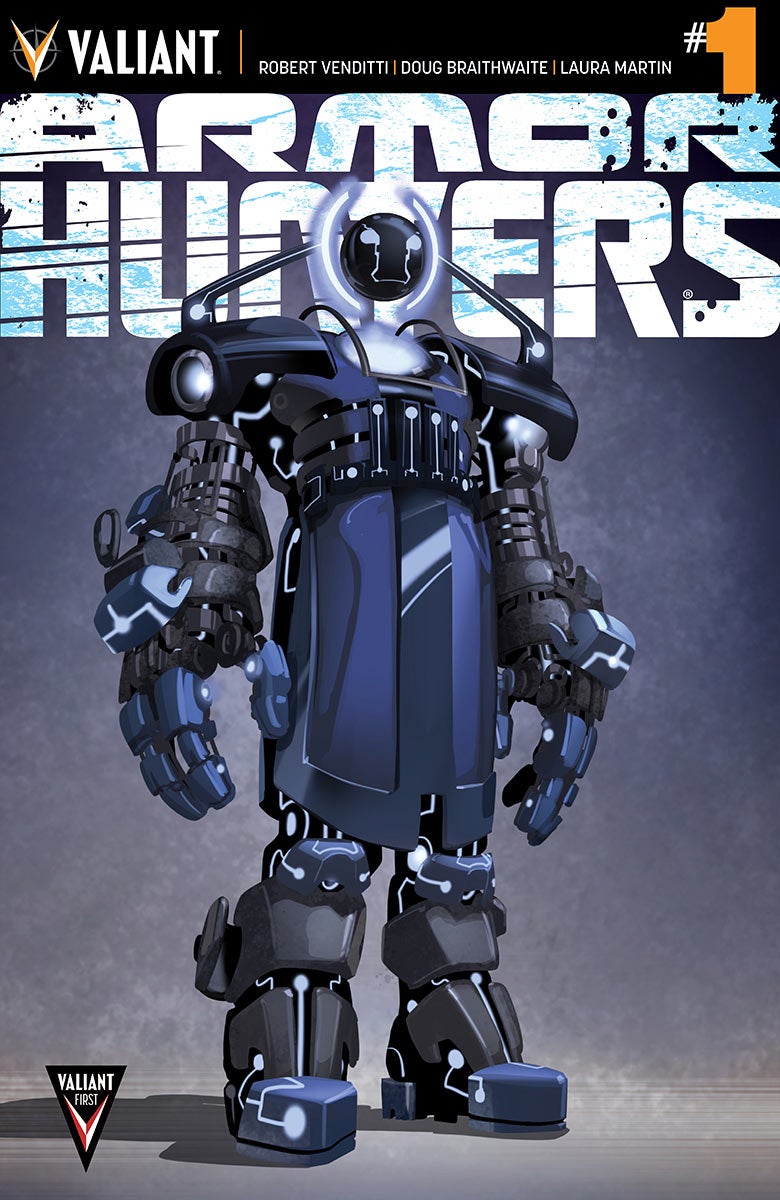 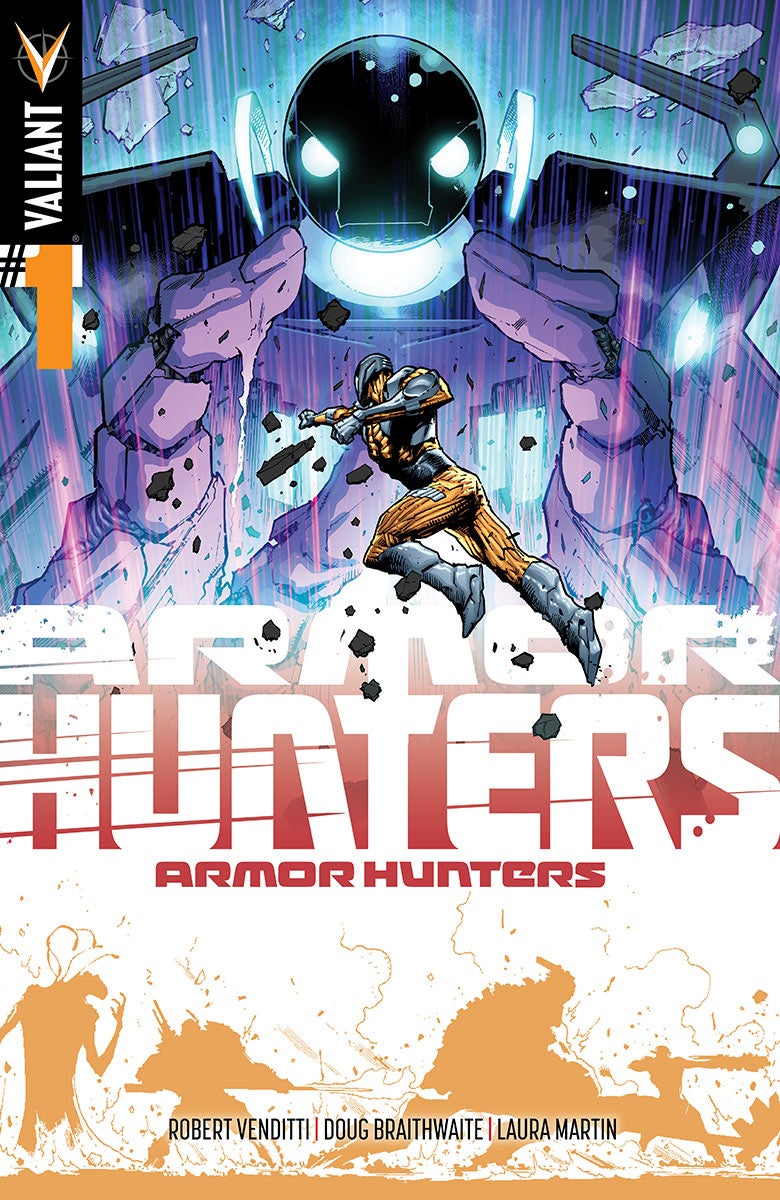 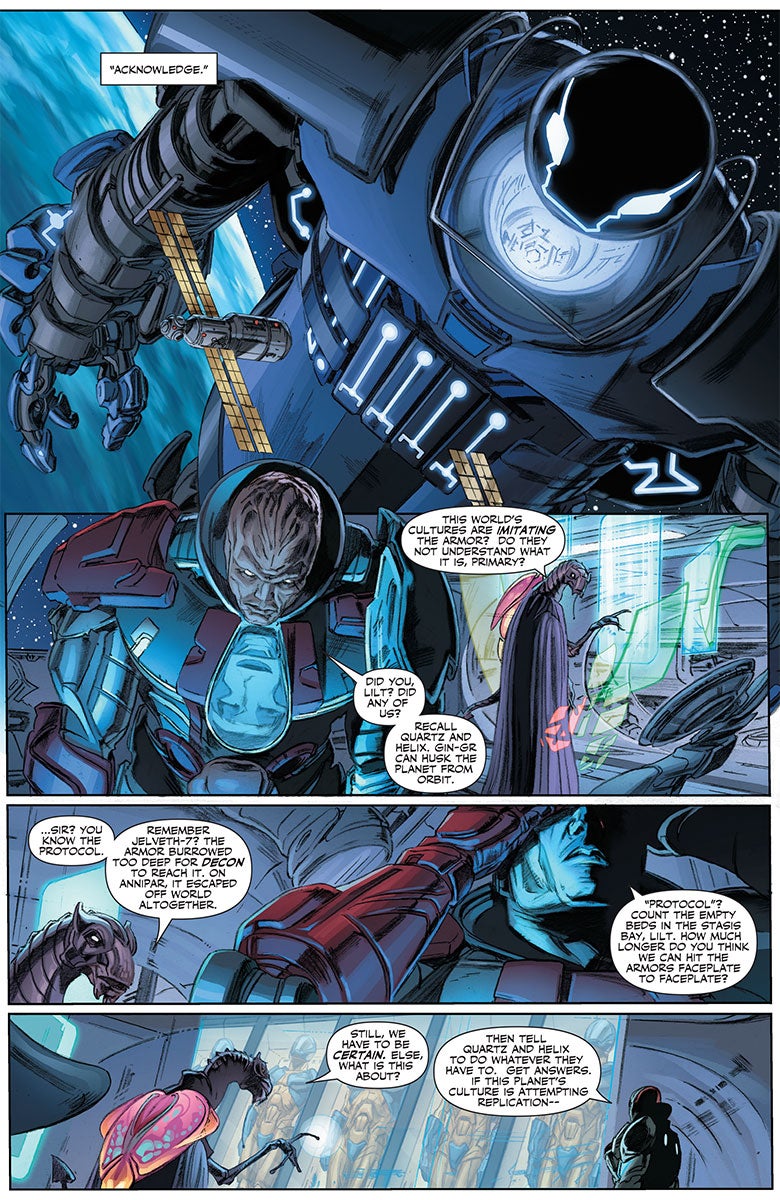 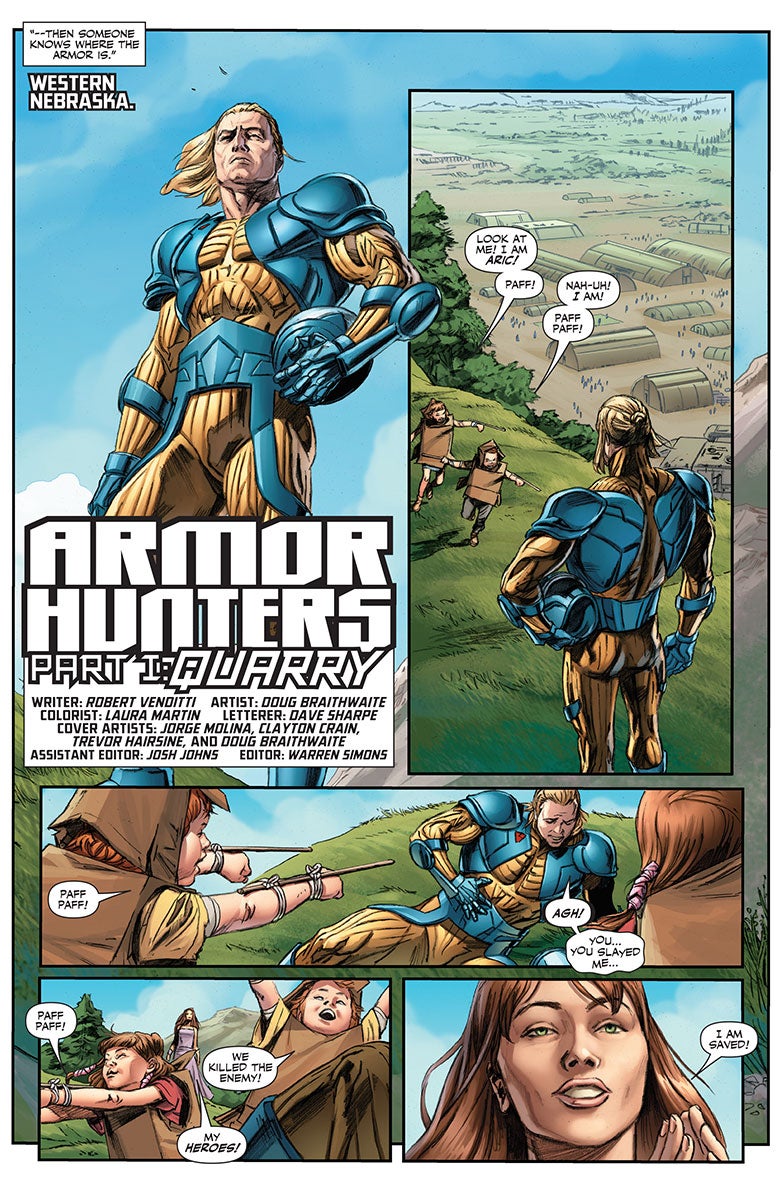 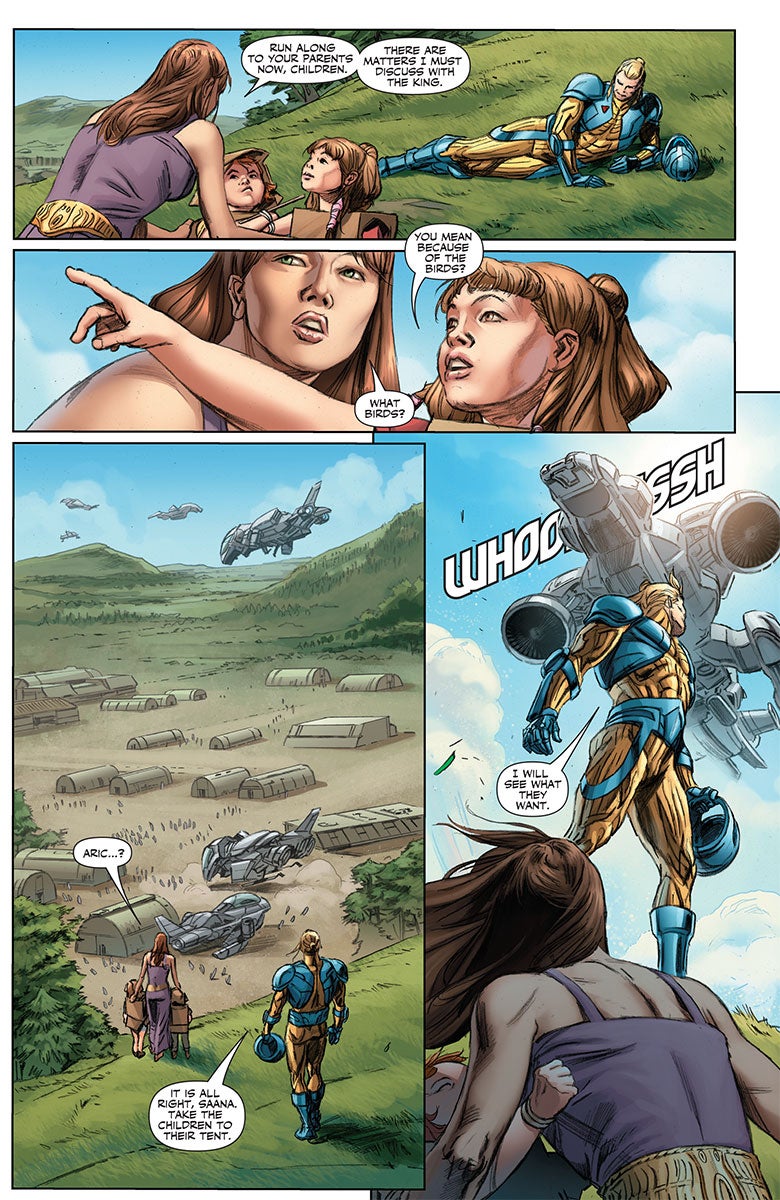 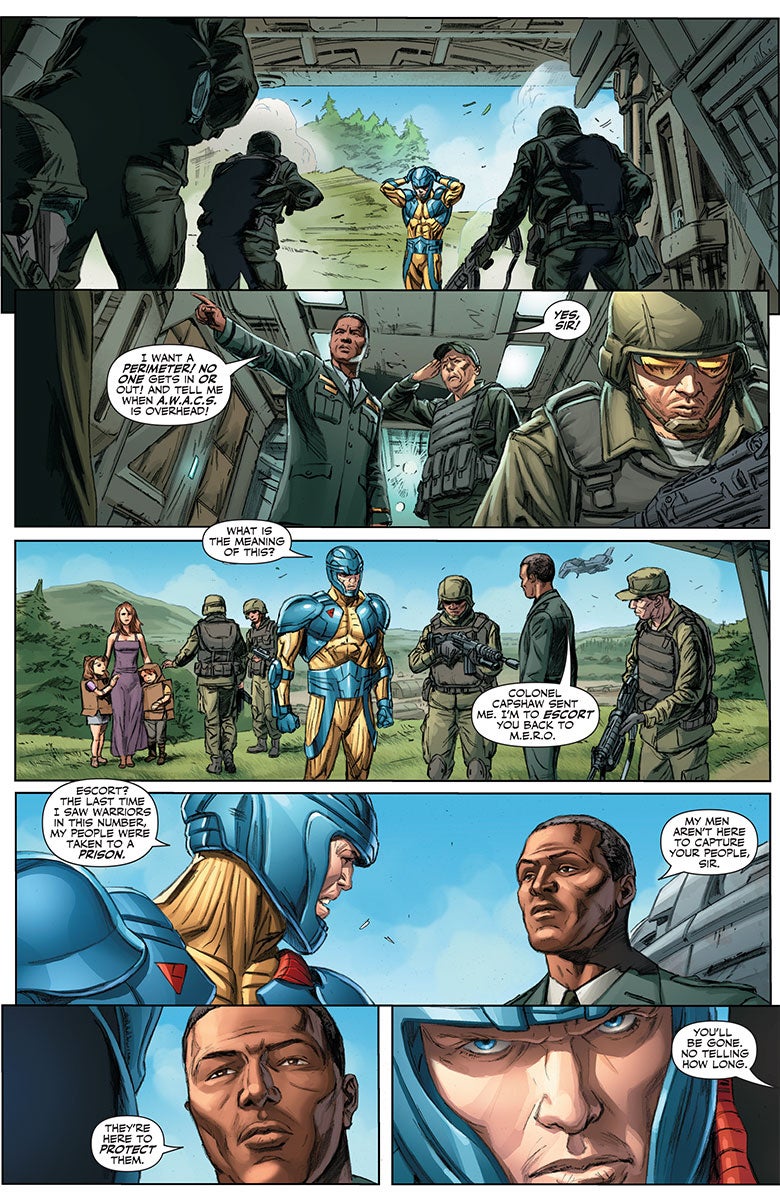 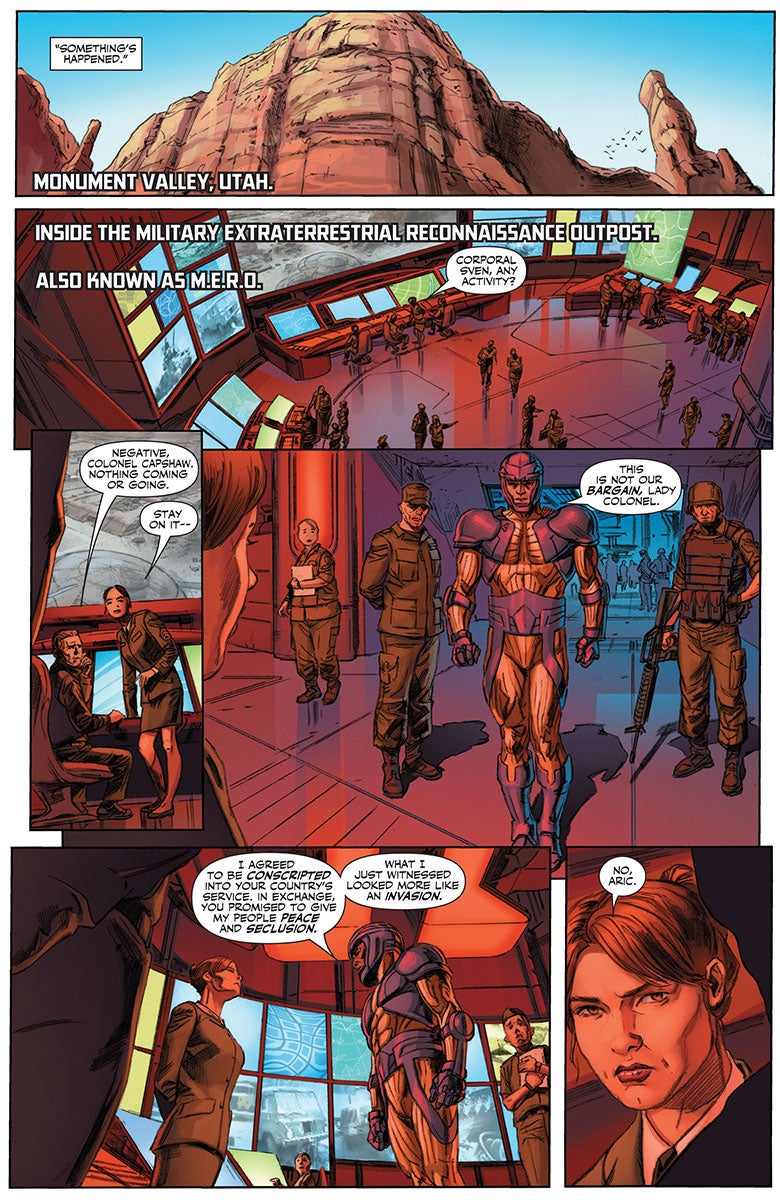 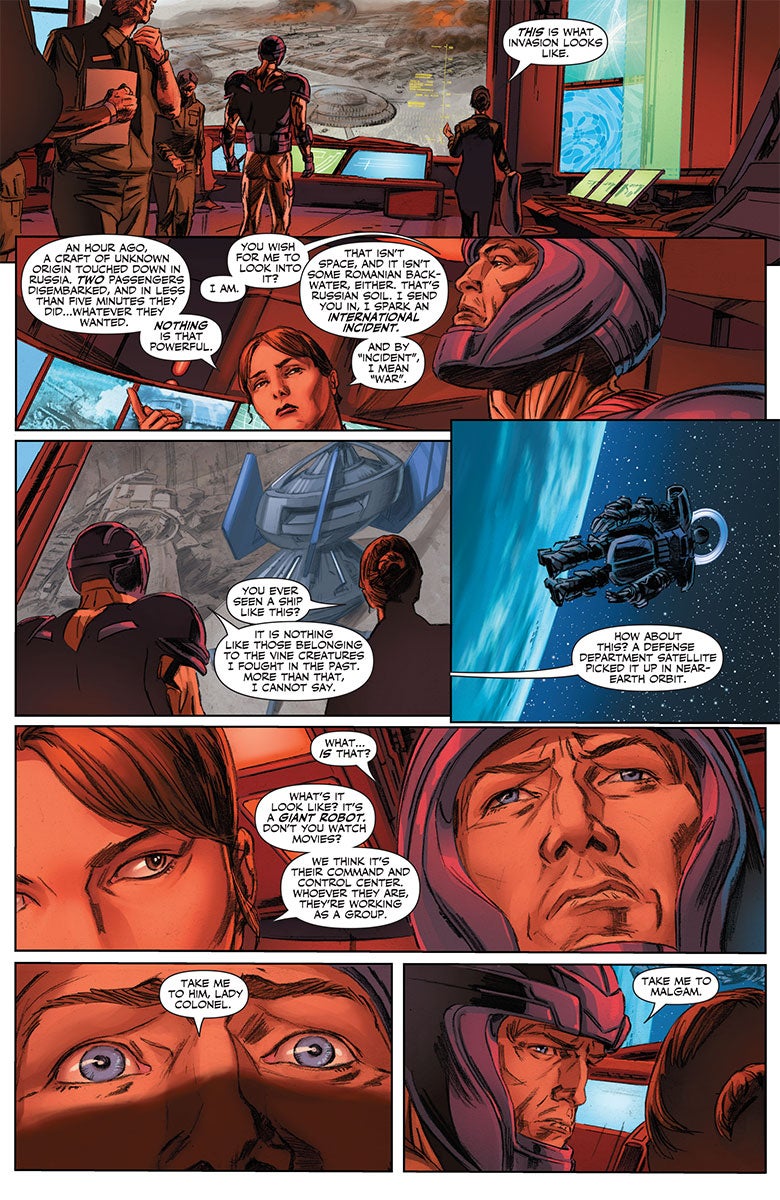