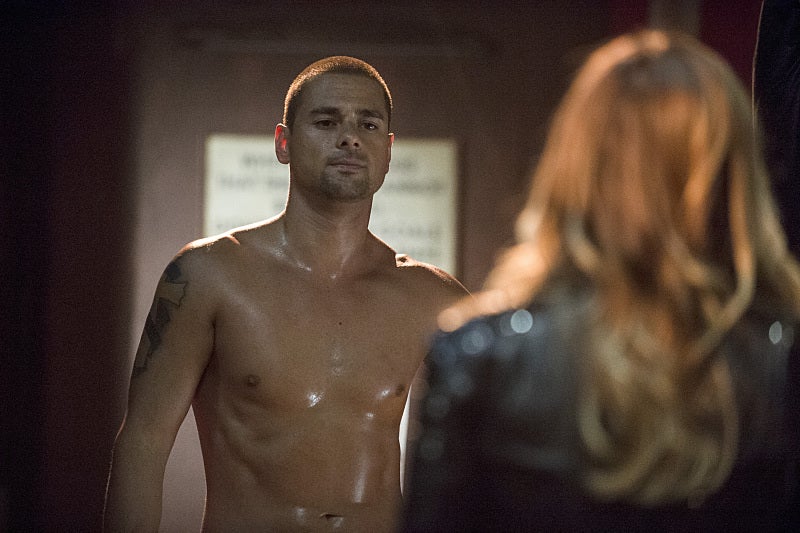 The CW have released a number of preview photos for this week's episode of their hit DC Comics adaptation Arrow, titled "Corto Maltese."

Directed by Wayne's World 2's Stephen Surjik, the episode brings Oliver and company to the fictional nation of Corto Maltese (referenced in The Dark Knight Returns and in Tim Burton's 1989 Batman) in the hopes of bringing Thea back to Starling City.

You can also see a first look at Ted "Wildcat" Grant.

Check out the images below, along with the official synopsis.