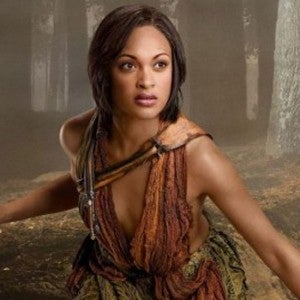 Arrow now has its Amanda Waller. According to TV Guide, Cynthia Addai-Robinson has been cast to play the DC Comics character Amanda Waller.

On Arrow, Amanda Waller will work for A.R.G.U.S. (Advanced Research Group United Support). In the comics, Waller runs the Suicide Squad, which will also be a part of Season 2 of Arrow.

Addai-Robinson is best known for playing Naevia on Spartacus, but she's also appeared on The Vampire Diaries and FlashForward. Addai-Robinson's character Amanda Waller is set to first appear in Episode 6 of Season 2.

One Piece Sets Up a Major Battle for Yamato