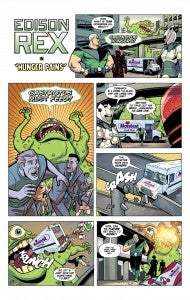 Earlier this month with the release of Edison Rex #4, Chris Roberson took his bite at the snack cake/comic book character crossover ad apple. Today, with news that Hostess (the company who ran the originals, featuring a number of mainstream superheroes, for a number of years) is not going to shut down operations and lay off its employees, those old strips are making the rounds on social media while comic book creators and fans remember the absurd fun of them. "When I was first reading comics in the 70s, those sorts of ads were ubiquitous in superhero comics," Roberson told us in an interview earlier this week. "And as a young reader, I just assumed that they were other little adventures that the characters had when they weren't busy in their own books. I liked the idea of doing that kind of one-page adventure, but doing it 'in continuity,' if you will. Putting Edison and company in a situation that can only be resolved by the liberal application of fruit pies. "As for which are my favorites? Too many to list them all. But the one where Superman demonstrates the value of human civilization to an interstellar council by feeding them Hostess Cup Cakes is probably the one that sticks with me the most. You can read it here.  And I'll recommend Seanbaby's Hostess ad page in general. I lost a LOT of hours of productivity back when I still had a day job, reading through those pages." Edison Rex isn't the first hero to face long odds with only fruit pies to help him in recent years; check out some work from Erik Larsen (Savage Dragon) and Steve Rude (Nexus) below. Even the Marvel Zombies got in on the act! 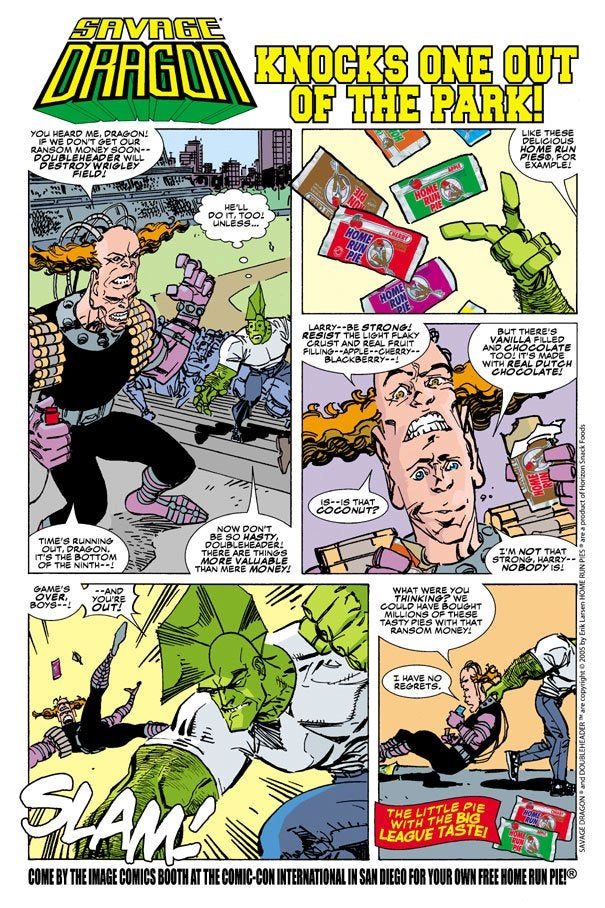 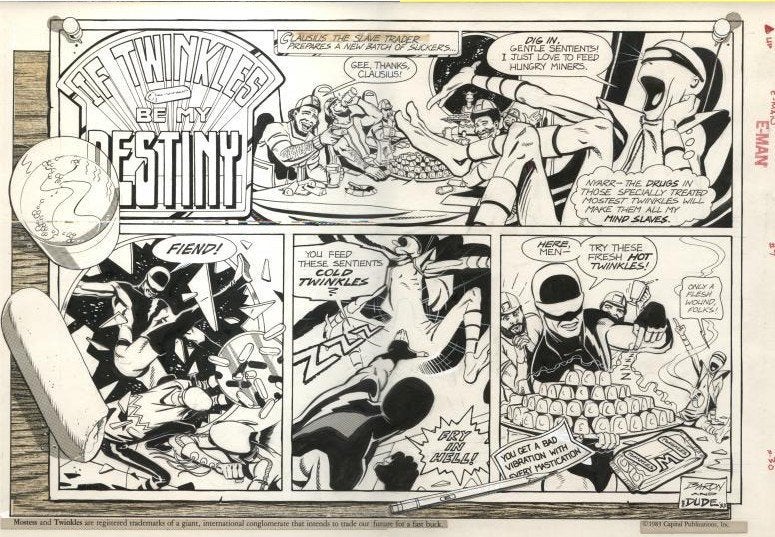 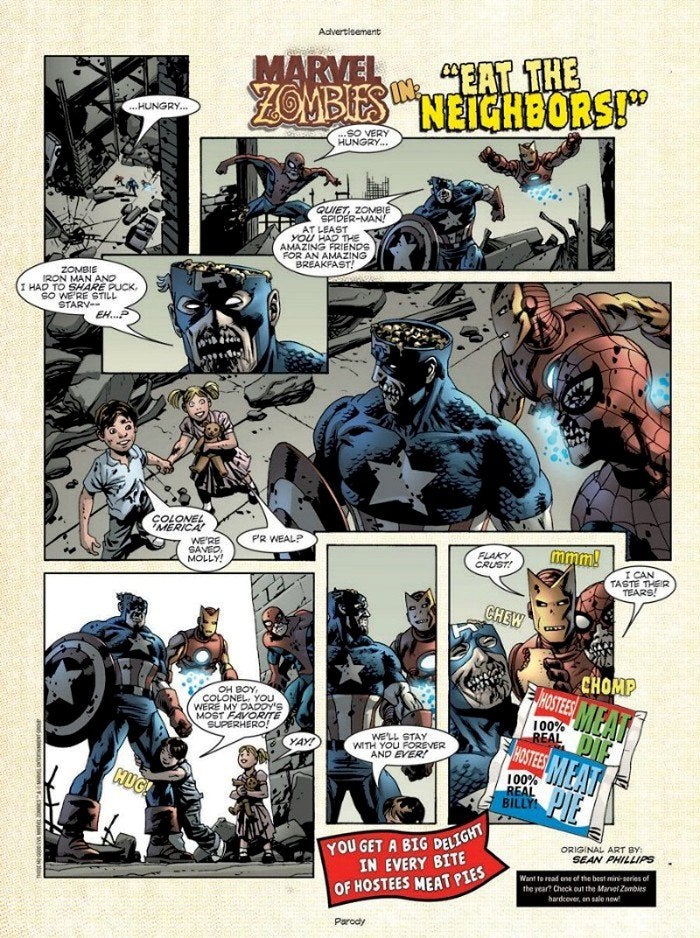